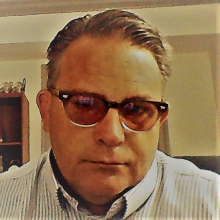 Michael joined CNSNews.com in 2007. He has worked as a writer for The McLaughlin Group; associate editor of Human Events; editorial page editor of The Lima News; journalism fellow for The Phillips Foundation; editorial writer and national issues reporter for Investor's Business Daily; and editorial director of the Cato Institute. Michael's reporting has been cited/published in the Wall Street Journal, New York Times, Los Angeles Times, New York Post, The Drudge Report, the Mark Levin Show, Fox Nation, Washington Times, National Review, and Congressional Quarterly, among other outlets. His reporting has also been included in the following books: Unfreedom of the Press by Mark Levin;  The Vision of the Anointed by Thomas Sowell; The Encyclopedia of Libertarianism;  From West to East: California and The American Scene by Stephen Schwartz; The Venona Secrets: Exposing Soviet Espionage and America's Traitors by Eric Breindel and Herbert Romerstein; and Sacred Secrets: How Soviet Intelligence Operations Changed America by Jerrold and Leona Schecter. Michael graduated with Special Honors in English (B.A.) from the University of Chicago. He lives with his wife, Claire, and their five children in Virginia.

Most European Countries Limit Elective Abortion to Before 15 Weeks, Like Mississippi's Law Now Before SCOTUS
07/27/2021 - 15:11