(CNSNews.com) - The number of people employed in the United States hit a record 157,878,000 in August, the 21st record set under President Donald Trump, according to the employment report released today by the Bureau of Labor Statistics. 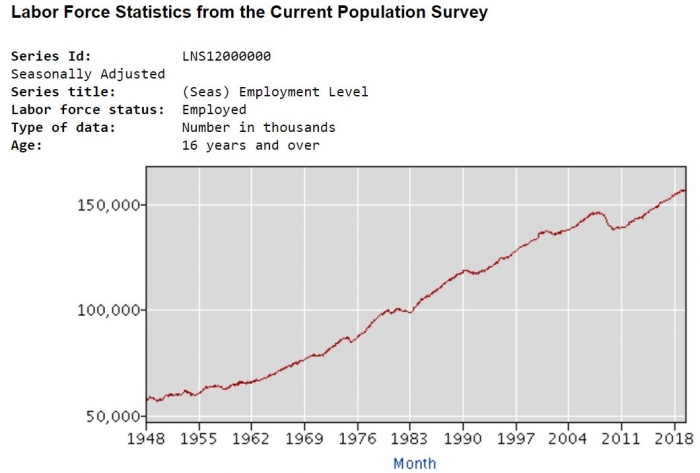 In August, the civilian noninstitutional population in the United States was 259,432,000. That included all people 16 and older who did not live in an institution (such as a prison, nursing home or long-term care hospital). Of that civilian noninstutional population, 163,922,000 were in the labor force, meaning that they either had a job or were actively seeking one during the last month.

That boosted the labor force participation rate to 63.2 percent, which matches the Trump-era high set this past January and February. That's a 0.2 percent gain from the 63.0 percent in July.

Among the major worker groups, BLS said, the unemployment rates for adult men (3.4 percent), adult women (3.3 percent), teenagers (12.6 percent), Whites (3.4 percent), Blacks (5.5 percent), Asians (2.8 percent), and Hispanics (4.2 percent) showed little or no change in August, although -- as noted above -- it's never been better for blacks and Hispanics.

After revisions, job gains have averaged 156,000 per month over the last 3 months. 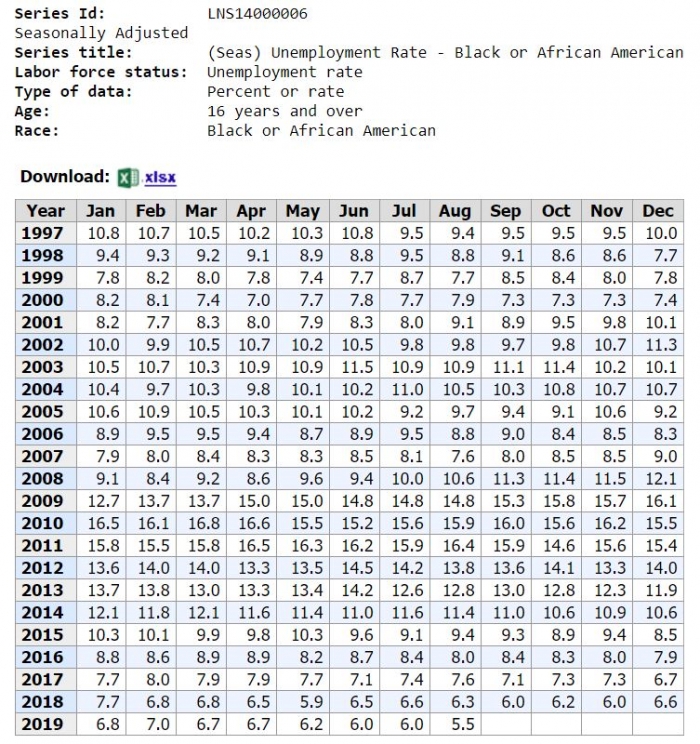 According to an August 21 update from the Congressional Budget Office:

Strong demand for goods and services over the past several years boosted the demand for labor and caused labor market conditions to strengthen steadily.

The labor market carried momentum from 2018 into the first half of 2019 and is expected to continue to grow at a healthy, albeit slower, pace over the next several years.

In CBO’s projections, the unemployment rate averages 3.7 percent in 2019 and 2020 and then steadily rises to 4.6 percent by the end of 2023 as output growth slows. Employment rose above its potential, or maximum sustainable, level in 2018 and is expected to remain above its potential level over the entire 2019–2023 period.

Wage growth has accelerated and become increasingly broad-based in recent years, with low-wage earners experiencing particularly robust gains in their hourly wages. In CBO’s projections, wage growth picks up further before slowing in 2021.