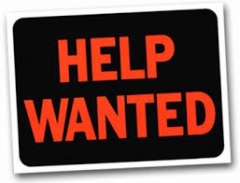 The number of unemployment benefit recipients is falling faster in Republican-led states that have opted out of the federal government’s program that provides an extra $300 a week and extends benefits to 18 months, The Wall Street Journal (WSJ) reports.

In an article using Missouri as a case study, WSJ compares states discontinuing the Biden Administration’s enhanced benefits to those continuing to provide them:

“The number of unemployment-benefit recipients is falling at a faster rate in Missouri and 21 other states canceling enhanced and extended payments this month, suggesting that ending the aid could push more people to take jobs.”

“The number of workers paid benefits through regular state programs fell 13.8% by the week ended June 12 from mid-May—when many governors announced changes—in states saying that benefits would end in June, according to an analysis by Jefferies LLC economists. That compares with a 10% decline in states ending benefits in July, and a 5.7% decrease in states ending benefits in September. Workers on state programs would lose the $300 weekly federal enhancement but could continuing receiving the state benefits.”

The Republican governors are opting out of Biden’s expanded benefits in an effort to address worker shortages in their states, CBS News reports:

“In total, 26 states are ending the enhanced federal benefits before they're set to expire in September. All of the states but one are run by Republican governors who began announcing the termination of benefits last month, claiming the increased unemployment benefits were causing workforce shortages by discouraging people from returning to work, even as pandemic-related restrictions eased.”

Their move appears to be working, at least in Missouri, WSJ reports, noting that the state’s labor shortage is easing and its unemployment rate is well below the national average.