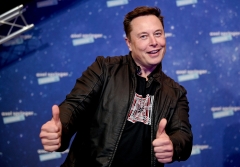 Americans largely think Elon Musk’s acquisition of Twitter will make it better, and that they’ll use it more often, now that the free-speech billionaire has purchased the giant social media platform.

Asked if Musk’s purchase will make the platform better or worse, 62% of American adults say it’ll be an improvement – nearly five times the 13% who say the platform will become worse – a new Rasmussen Reports survey of 1,000 American adults, conducted April 26-27, 2022 reveals. Twelve percent (12%) say it won’t make much of a difference and 13% aren’t sure.

Frequent Twitter users are the most likely to say Musk will improve the social media platform.

Two-thirds of those who use Twitter “several times a week” (66%) or “every day or nearly every day” (65%) think Musk will make the platform better, compared to about half (47%) of those who “rarely or never” use it.

Regardless of their age, gender, racial, financial, or marital demographic, more Americans say Musk’s acquisition will make Twitter better than say his purchase will make it worse. By political party, majorities of Democrats (57%), Republicans (70%) and major-party unaffiliated (61%) all expect Twitter to improve.

More than twice as many Americans say they’re more likely to use Twitter (43%) than say they’ll use it less often (19%), now that Musk has acquired it. Another 21% say it won’t make much difference, while 17% aren’t sure how it’ll affect the frequency of their Twitter usage.

Democrats are the only demographic group that doesn’t have a plurality saying that they’ll use Twitter more often than not, though they were evenly split (30% “more” vs. 31% “less).