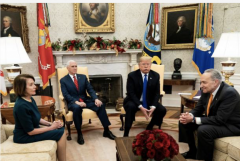 (CNSNews.com) - The federal government set an all-time record for the amount of money it spent in the first month of a fiscal year, when it spent $521,769,000,000 in October, the first month of fiscal 2021, according to the Monthly Treasury Statement released today.

The gap between the record federal spending in October and the reduced tax revenue resulted in a deficit of $284,071,000,000 for the first month of fiscal 2021.

The Department of Health and Human Services led all federal department and agencies in spending in October by spending $157,909,000,000. The Social Security Administration ranked second for spending during month with outlays of $102,355,000,000.