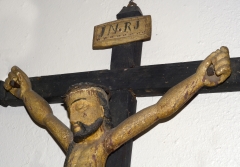 The two priests and Jewish congregants, the “plaintiffs,” filed the case in reaction to the COVID-19 restrictions put in place by both the state of New York and New York City. They are seeking a restraint that would allow outdoor religious gatherings to function without any restriction. They are also asking that indoor religious gatherings be treated as an “essential business” or at a minimum, a “non-essential business.”

“Why is a large worship gathering deemed more dangerous than a mass protest, full of shouting, arm-waving people in close proximity to one another?” said Christopher Ferrara, one of the lawyers for the plaintiffs.

“These orders, both the emergency stay-at-home and reopening plan declarations, clearly discriminate against houses of worship," he said.  "They are illegally content-based, elaborate, arbitrary, and pseudo-scientific. The governor and his agents, along with New York City’s mayor, have employed favoritism and political platforms against people of faith.”

“No, I think you can protest, but do it smartly and intelligently…There were protests all across the country. Protest. Just be smart about it. With this virus, you can do many things now as long as you’re smart about it, right?”

In another section Cuomo was again quoted, “I want to thank the protestors…I stand with the protestors on the point that we need meaningful reform.”

The plaintiffs argued that the comments by Cuomo and de Blasio gave a “de-facto” exemption to the anti-racism protests and did not treat religious gatherings in the same way. In its defense, the state contended that any restrictions put in place were only to prevent the spread of COVID-19, but the state refused to acknowledge the effect of the protests.

When the state did recognize them, they argued that Cuomo’s comments were simply “political speech” and did not grant the protests an exemption.

The state also argued that it did not intervene in protests for “public safety.” Judge Sharpe disputed that claim saying, “it would be legitimate but for Mayor de Blasio’s simultaneous pro-protest/anti-religious gathering messages, which clearly undermine the legitimacy of the proffered reason.”

Sharpe pointed out several instances in which religious institutions and gatherings were not treated the same under Cuomo and de Blasio’s orders, “That outdoor graduation ceremonies of 150 people or less or indoor special education services at summer schools without limitation are allowed – also shows the unequal treatment and disfavoring of religion.”

“Governor Cuomo’s comments, which applauded and encouraged protesting and discouraged others from violating the outdoor limitations, likely demonstrate the creation of a de facto exemption,” Sharpe added.

Sharpe summarized the actions of Cuomo and de Blasio, “Governor Cuomo and Mayor de Blasio could have just as easily discouraged protests, short of condemning their message, in the name of public health and exercised discretion to suspend enforcement for public safety reasons instead of encouraging what they knew was a flagrant disregard of the outdoor limits and social distancing rules.”

“Acting as they did, Governor Cuomo and Mayor de Blasio sent a clear message that mass protests are deserving of preferential treatment,” said the judge.

Sharpe said that without the injunction, “religious activities will be burdened and continue to be treated less favorably than comparable secular activities,” and that granting religion fair treatment does not “undercut” the state’s ability to control the spread of COVID-19.