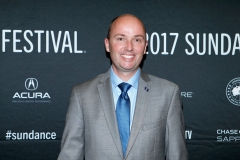 When photographer Erica Denhoff first saw the segment on Lia Thomas, she thought something was "honestly wrong." After stopping and rewinding the "Today Show" multiple times, she was certain: NBC had altered the picture.

"I pride myself on providing authentic images as a photojournalist," she told the Washington Examiner. This wasn't the shot she'd taken, Denhoff insisted. The network had airbrushed the face of the biggest story in sports to fit the transgender narrative. But considering the country's reaction, they'll have a much harder time glamorizing something else: their argument.

To Denhoff, it was a betrayal.

"My photo that they licensed was an authentic photo," Denhoff said. "I'm surprised and disappointed that 'Today' altered my image of Lia for this particular news segment."

Other photographers weighed in anonymously to support Denhoff, agreeing that the image had been doctored.

"That's really bad," one told the New York Post. Of course, once you deny reality, as so many leftists have, why not alter it? Unfortunately for NBC, this just proves what a desperate argument the fringe is making. They can't let the science speak for itself -- and now, they can't let the photographs either.

But all the photoshopping in the world can't overcome the fact that this woke fanaticism is destroying our daughters' safety, their privacy, their opportunities. For every Lia Thomas, there's a girl losing the chance to chase her dreams. For every Iszac Henig, there are dozens more swimmers, standing around the locker room, anxious to change. So when Utah Gov. Spencer Cox (R) says he vetoed a bill that would have protected women because of "kindness, mercy, and compassion," you have to wonder -- for who?

Fortunately for the women of Utah, there are leaders in the legislature who refused to wait even 96 hours to right the governor's wrong. In a very public rebuke of Cox, the Republican-led House and Senate took matters into their own hands, overriding the veto and banning biological boys from girls' sports by overwhelming margins: 56-18 and 21-8. The bill's sponsor, state Rep. Kera Birkeland (R), admitted that the process had been difficult, but as a former coach, she refused to back down.

"When we say, 'This isn't a problem in our state,' what we say to those girls is, 'Sit down, be quiet, and make nice,'" she said. "The biggest mistake would have been to just wait until someone litigates on this issue and then us saying, 'Gosh I wish we would have gotten in front of it and handled it the way we wanted to.'"

Beth Stelzer, who was at the NCAA championship earlier in March when Lia Thomas knocked women off the podium, is at least grateful that America's eyes are finally opened to the injustice of it all.

"It was soul-crushing to actually see [the meet] in-person and it was just devastating," she shared on "Washington Watch." "And you could just tell the energy went down in the room." When Stelzer walked into the hallway to collect herself, "maybe go outside and get some fresh air," that's when she ran into the mom of one of the other swimmers. "And she was just sobbing, and we just embraced -- and that's what it's like. People are so afraid, and it's such an emotional thing -- and it shouldn't have to be that way."

More states have come to that same conclusion, racing to stop the wave of transgender turmoil from destroying their playing fields. Thanks to Thomas, elected leaders in Arizona, Oklahoma, and Kentucky stepped up their efforts and managed to send three separate bills to their governors' desks on Friday. In Arizona, Gov. Doug Ducey (R) hasn't indicated what he'll do, but unlike some proposals, this one applies to public K-12 and college. (The state's house actually succeeded in pulling double duty that day -- passing a bill outlawing gender-mutilating surgeries for kids too.)

Over in the Sooner State, the legislation is almost identical to Arizona's -- mandating that "teams designated for 'females,' 'women,' or 'girls' shall not be open to students of the male sex," including collegiate teams. Like most of the dozen states to fight this problem, Oklahoma passed the measure by a massive margin, 37-7.

The political dynamics are a little different in Kentucky, where voters have a Democratic governor, Andy Beshear. If he follows the bad example set by Utah's Cox and Indiana's Eric Holcomb (R), the GOP supermajorities in both chambers may have something to say about it. Make sure all of these governors know where you stand by contacting their offices and urging them to sign the bills.

In the meantime, it's become such a hot-button issue that Republicans running for federal seats of all kinds are making the topic a centerpiece of their campaigns. Congresswoman Vicky Hartzler (R-MO) was one of the first -- and was repaid for her courage by being censored by Twitter.

Now, Ohio's Jane Timken (R), who's running for the open U.S. Senate seat, is releasing a new ad solely on the threat to girls' sports.

"As a mom and former college athlete, I know how important women's sports are," she says in the clip. "They teach our girls to be winners." Then, with footage of Thomas playing in the background, she warns, "But the Biden Democrats want to force our daughters to compete against men in the pool and on the court."

Thanks to the brave men and women in the states, the Biden Democrats are losing that fight. And they might lose more than that if they don't abandon this toxic obsession with erasing women -- and the truth.