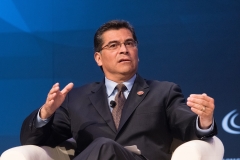 Joe Biden's transition team is announcing his picks for the Cabinet, and the once-vigilant press corps has adopted a tone as bland as dollar-store instant oatmeal.

Reporter Robert Pear began by describing Fierce Tom Price as a "dismantler" of Obamacare: "If President-elect Donald J. Trump wanted a cabinet secretary who could help him dismantle and replace President Obama's health care law, he could not have found anyone more prepared than Representative Tom Price, who has been studying how to accomplish that goal for more than six years."

Pear added, "Price is a strong conservative who invariably excites the audience at the annual Conservative Political Action Conference."

Near the end of the story, Pear explained, "Price is also an outspoken opponent of abortion and has consistently received ratings of 100 percent from the National Right to Life Committee and scores of zero from the Planned Parenthood Federation of America."

By contrast, on Monday, Biden's choice for HHS secretary, Xavier Becerra, was reported with the front-page headline "Surprise Pick for Top Office in Virus Fight." Reporters Sheryl Gay Stolberg and Michael Shear began noting Becerra's ethnicity, rather than labeling Becerra a "fierce critic" of anything. Biden is "tapping a former congressman who would be the first Latino to run the department as it battles the surging coronavirus pandemic," they wrote.

The "surprise" is that Becerra has zero medical expertise.

"But as attorney general in California, he has been at the forefront of legal efforts on health care, leading...a campaign to protect the Affordable Care Act from being dismantled by his Republican counterparts," they wrote.

Somehow, that doesn't make you a "strong liberal." Or a strong socialist, as Stolberg and Shear added: "An outspoken advocate of improved health care access, Mr. Becerra said in 2017 that he would 'absolutely' support Medicare for all, a proposal for government-run health care that Mr. Biden has explicitly rejected."

Socialism equals "improved health care access?" Is that true in Canada, or in Europe?

The Times did not drag out Becerra's abortion scores — he built a "perfect" 100% pro-abortion record while serving in the House, according to NARAL Pro-Choice America. Instead, The Times succumbed to euphemisms.

"He has also been vocal in the Democratic Party about fighting for women's health," Stolberg and Shear wrote. "Becerra helped lead legal fights across the nation for access to health care, focusing in particular on dismantling barriers for women struggling to get medical services."

The National Right to Life Committee warned in a headline that Becerra "would be the most pro-abortion HHS secretary ever." It pointed out what The Times did not: that Becerra advocated for California's Reproductive FACT Act, which forced pro-life pregnancy centers to tell women the state would pay for their abortions. The U.S. Supreme Court struck it down as a violation of the First Amendment.

Becerra was also "fierce" in filing 15 felony charges against David Daleiden for having secretly taped Planned Parenthood to prove it was selling the body parts of aborted babies. California's Justice Department entered Daleiden's home and seized computers, digital storage devices and identification documents. A jury ordered Daleiden to pay $2.3 million in damages to Planned Parenthood for exposing its heinous trafficking.

As usual, The Times doesn't consider this eye-opening work "investigative journalism" or First Amendment-worthy, because it was an investigation of the abortion industry, one of the most sacred cows of the left.