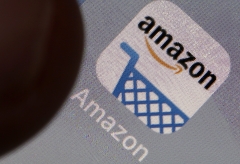 It's the oddest thing.

The more America's Big Tech companies such as Amazon, Apple, Facebook, Google, Microsoft, and Twitter have contributed to keeping America's economy afloat during the coronavirus lockdown, the louder the voices get to break them up or to tie them up into regulatory knots.

At the same time that the White House and many conservatives are pushing to "bring our businesses and manufacturing back home" from nations such as China, plenty of so-called nationalists see our globally dominant, high-tech firms as the enemy. Do they realize that there is nothing that the communists in Beijing would wish to do more than to knock Amazon, Apple or Google from their king-of-the-hill status and replace them with state-assisted enterprises such as Huawei or Alibaba? Washington's assault against America's trillion-dollar companies would aid and abet Chinese President Xi Jinping's efforts.

But it is happening. Last week, Tesla CEO Elon Musk blasted Amazon for being a "monopoly" and tweeted, "Time to break up Amazon." Conservatives piled on. Republican Sen. Josh Hawley of Missouri has introduced new antitrust legislation against the tech companies. President Donald Trump has threatened to regulate social media platforms such as Twitter and Facebook "strongly." Some in Congress want an investigation into Google's search engine algorithms to make sure they aren't discriminating against conservative websites.

I have been a loud critic of the anti-conservative bias of the big Silicon Valley tech firms, and conservative leaders must keep the pressure on these firms to level the playing field. New polling commissioned by a group I run, the Committee to Unleash Prosperity, and conducted by Remington Research Group revealed that a majority of conservative activists believe tech companies engage in censorship or display bias against conservatives.

When conservatives were asked, "Do you believe the federal government should be involved in regulating political speech on the internet?" the results were shockingly one-sided. Seventy-six percent of respondents said no, the government should keep its hands off regulating it, the technology companies and their platforms. The same poll asked conservatives which issue is most important to them when casting their vote for federal offices such as senator or representative. Just 1% said "online censorship."

It is reassuring. From the start of the internet age, conservatives such as Grover Norquist, me and many others have argued the best way for America to dominate the digital age of online commerce was to keep the internet tax- and regulation-free. That is what we have mostly done in America, and the rewards have been bountiful. Millions of jobs and the spurt of innovation and entrepreneurship has the top six American tech companies with a higher production capacity than the entire GDP of most other nations in the world.

We have seen firsthand how the gig economy saved our nation from plunging into a Great Depression over the past three months. These were terrible times, with as many as 40 million people losing their jobs. But thanks to our multitrillion-dollar tech sector — and not just Big Tech but also hundreds of new entrepreneurial online services — commerce kept flowing; food was available on the shelves; gas was in the tanks; packages were delivered; and paychecks were processed. They saved America from utter chaos and severe deprivation.

It was the services, know-how and infrastructure built by our pioneering tech giants that enabled the tens of thousands of small tech firms to sprout up from nowhere, and these firms will be essential to securing the next phase of recovery. Our construction firms; steel, oil and gas industries; hospitals; media; and food processing and manufacturing plants are all dependent on the kinds of just-in-time inventory and supply chain management made possible by the tech sector. In many ways, the success and the array of business-to-business services provided at little cost (often for free) from companies such as Google, Facebook, Amazon and the like are what make the next generation of tech firms possible through free market competition. Innovation stops monopolies, not government lawyers.

High tech isn't swallowing up small businesses; it is saving them. A new report from the Connected Commerce Council, which analyzed the impact of internet platforms and digital tools on small companies in the COVID-19 crisis, found almost 1 in 3 (31%) business owners said that without digital tools, they would have had to close part or all of their business. Nearly 70% said digital tools have been useful during the COVID-19 crisis.

There is now a call from both parties for multitrillion-dollar government "infrastructure bills." Wait a minute. Our most critical infrastructure today is the gig economy connectivity through satellites, internet platforms, clouds, fiber optic cables, the sophisticated nationwide electric grid system and the like, which were almost all built out by the very tech and telecommunications companies that are now coming under fire for being too successful and making too much money.

Conservatives are rightly suspicious of Big Tech's political power and liberal slant. The recent effort by Amazon in refusing to sell a book critical of the coronavirus lockdown is just a recent example of how the tech world seems to go out of its way to appease the left and to alienate and even silence the right.

But the one thing free market conservatives are even warier of is big government. When asked, "Who do you think should regulate Big Tech companies like Google: the federal government or the free market?" almost two-thirds answered "the free market."

We learned big-time during the coronavirus crisis that tech isn't broken. The last thing we need now is for Trump or Congress to fix it.