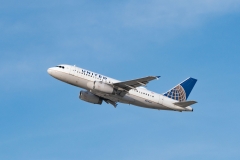 United Airlines recently announced that at least 50 percent of its future pilots will be women and people of color. United’s new diversity initiative includes partnerships with major corporations such as JPMorgan Chase, which is matching United’s own $1.2 million commitment in scholarships for minority pilots.

Breaking down “financial barriers” will, United CEO Scott Kirby says, “diversify our pilot ranks and create new opportunities for thousands of women and people of color who want to pursue a career in aviation.” The effort will involve recruiting 5,000 “diverse” pilots over the next ten years, which seems attainable. But the task will be more complicated, since competition to attract minorities will be intense. And it is not clear that the recruitment of one group in particular—women—will pay off.

Attracting women to flying has proven difficult. According to Mireille Goyer, the president of the Institute for Women of Aviation Worldwide (iWOAW), the number of female pilots increased dramatically from 1.6 percent in 1960 to nearly 6 percent in 1980. That number has since stalled, rising only to 7 percent by 2017. The total number of female pilots, professional and private, has hovered between 5 percent and 7 percent since 1980. The percentage of female pilots grew during the 1960s and 1970s, Goyer writes, “when a strong feminist message encouraged women to try activities previously perceived as reserved to men.” Since then, women have become lawyers, doctors, air traffic controllers, flight dispatchers, and even aerospace engineers at higher numbers than they used to—but not pilots.

Feminist groups blame discriminatory treatment for the disparity. They cite insufficient outreach to young girls, say that the female disinclination toward mechanics owes to a misogynist educational system, criticize the training environment for failing to offer enough “emotional support” for young women, and argue that female pilots are particularly vulnerable to sexual harassment on the job.

Attempts to overcome these putative barriers have been underway for decades, often taking the form of outreach organizations. Women in Aviation (WAI) started a scholarship program in 1996 and awarded $780,000 in scholarships in 2019. WAI has plenty of corporate sponsors and a staff of ten to 12 women, with annual expenses of approximately $2.5 million in 2018. Ninety-Nines, another group, has been around since 1929 and established the Amelia Earhart Memorial Scholarships, named for its first president, in 1941. With 20 employees, its annual expenses were just under $1 million in 2018. The International Aviation Women’s Association (IAWA), which also has a long list of corporate sponsors, has offered significant scholarships for women since 2004, supporting about 12 annually. The annual budget of IAWA is not available, but it has 12 employees on staff and 18 unpaid advisors. Other advocacy groups include Whirly Girls, Sisters of the Skies, and F.A.S.T. (Female Aviators Sticking Together). New entrants continue to crop up: Birde, established by Learjet heiress Erin Lear, will open a female-only flight school in the next few years.

Despite these efforts, the share of female pilots has never exceeded 8 percent.

The aviation press beats up the industry every year for its supposed problems with discrimination and harassment. Women in aviation, one article contends, “have countless stories of facing some form of harassment or discrimination during their training, at the airport, or as part of their career.” Other organizations claim to discover systematic gender discrimination in the very terms of the aviation lexicon. In 2020, an advocacy group called on the Federal Aviation Administration and others to “eliminate gender-exclusive words,” such as “airmen,” that deter women from aviation careers.

Yet female participation in hobby groups seems to be even sparser than in professional flying. One private organization, the Lancair Owners and Builders Organization, had one female out of nearly 500 members between 2008 and 2019. At Creve Coeur Airport, a private airport in St. Louis, just one of 120 hangars is owned by a woman. Social media corroborate the trend: Beechcraft Bonanza, a Facebook group of private owners, pilots, and enthusiasts, has 12,600 members, about 90 percent of whom are male.

Alternative explanations are needed to explain the disparity. Piloting requires lots of traveling and alone time—something generally less attractive to women, who tend to be more social and to prefer being connected to home more than men. One might reply that over 85 percent of flight attendants are women, but the average flight attendant stays in the job only around seven years, suggesting that many drop the profession when it becomes a strain on other priorities. And flight attendants, paid much less, have sunk nowhere near the costs into their jobs that pilots have.

Perhaps most women simply don’t want to be pilots. Men may be more attracted to the dangers and thrills of flying and to the idea that the lives of their passengers are in their hands. Piloting is among the most dangerous occupations in the country (with a fatality rate between 40 and 60 deaths per 100,000 pilots, behind only logging workers and fishermen), and none of the other dangerous jobs has anywhere close to a majority of females. Over 97 percent of loggers are men, as are nearly 100 percent of fishermen and 99.3 percent of roofers.

Surely some women love to fly, and many more could be very good at it. But women have been encouraged to be pilots for more than 50 years, corporate money has been thrown at charitable organizations to encourage and pay for female pilot spots, and the needle has barely moved. The modern economy frees men and women to pursue their career choices; they choose according to their different inclinations and priorities. Men are attracted to things like planes, while women are more likely to be interested in people. Men are more likely to be single-minded, while women are more likely to seek balance. Men and women even tend to prefer different types of responsibility, with women following rules and procedures while men rise to the emergency occasion.

Those peddling the gender-discrimination narrative would have us devote resources to problems that exist only in the minds of activists. The focus, money, and energy being poured into minority recruitment does nothing to make aviation—a stagnant industry—better or faster. Let us celebrate and understand the differences between men and women instead of demanding a stultifying monotony.

Scott Yenor is a Boise State University political science professor and is a Claremont Institute Washington Fellow at its Center for the American Way of Life. He authored "The Recovery of Family Life: Exposing the Limits of Modern Ideology."

Editor's Note: This piece originally appeared on The City Journal.