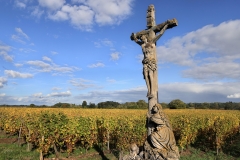 We were all shocked by the recent mass murder of children at a Uvalde, Tex. elementary school. It was a ghastly replay of previous nightmares that unfolded at Sandy Hook, Columbine, and other facilities where young people were supposed to be safe, but which suddenly became death traps.

These slaughters always raise the same questions: Why do such tragedies occur? Were there no warning signs which someone might have spotted? How did security procedures fail so miserably?

And they bring forth the same proposed solutions: Provide better mental health services so troubled individuals can receive help. Keep those individuals from getting their hands on guns. Ban guns altogether.

Then, following the principle of never-let-a-crisis-go-to-waste, they bring forth legislation to increase funding of favorite government programs, and expand bureaucratic regulation of our lives.

Everyone knows that evil is the essence of our dilemma. But many people are reluctant to address it in such simple terms. In fact, they do everything they can to avoid it.

Archbishop Fulton J. Sheen once observed that the devil knows he is “never so strong as when men believe that he does not exist.”

It’s the same with the concept of evil. The word tends to make folks uncomfortable. It seems somehow too moralistic, too biblical, too churchy. It doesn’t suit our modern inclination toward conflict resolution and seeking therapeutic solutions to the stresses of life.

Such evil-avoidance was clearly at work in a recent essay in The New York Times headlined, “At NRA Convention, the Blame Is on 'Evil,' Not Guns.” This is the sort of stylish post-Christian cynicism you hear in those people who tell churchgoers not to bother offering prayers for little dead kids: Do something about guns instead!

And so evil is flourishing. The devil is having a field day.

If some folks depend on pseudo-sophisticated clichés to avoid addressing evil, it’s just as easy to fall back on shallow statistics to explain it. The most obvious indicators are those numbers that show dramatic declines in worship practice.

Among young adults, in particular, regular church attendance has plummeted from 70 percent in the 1950s to somewhere around 37 percent now (on a good weekend). Factor in the pandemic lockdowns that helped to undermine the devotional habits of those who had been attending religious services, and there’s no mystery why very few in this age group are hearing the Word of God on a regular basis.

Along with that, non-attenders are cut off from the moral encouragement of faith communities, as well as from the companionship of those who might be experiencing similar challenges in their lives and have their own insights to share.

So drug use, depression, and a long, sad list of deviant behaviors are up. Too many people have concluded there’s no point trying to live by any sort of commitment or philosophical order. No point in living at all, for that matter. Suicides too are up.

Worship practice isn’t the whole picture, of course. It’s true that mass murderers usually don’t go to church before heading out on their killing sprees. But there’s more behind the flourishing of evil than low attendance numbers.

Satan has been remarkably effective at undermining the whole range of interlocking principles, codes, tenets, and responsibilities that allow society to operate. What we call standards — measures of right and wrong — come to us through millennia of Judeo-Christian moral tradition.

An intense, multi-decade war on religion has pretty much stripped our society of the Judeo-Christian part. We’re left trying to keep things operating strictly on secular ethics. And that’s proving to not be up to the task.

It’s been said so many times before that it’s become a cliché in itself — but it remains true, and it bears repeating — The problem isn’t guns; it’s godlessness.

You think taking away guns will make society less violent, more humane? Good luck with that.

The Founding Fathers knew better. As John Adams said, “Our Constitution was made only for a moral and religious people. It is wholly inadequate to the government of any other.”

Enjoy trying to live in your post-Christian dream world — for as long as you can, anyway. Trust me, it won’t work without God.

Note: This essay is based on a homily delivered by Fr. Orsi. It can be viewed online here.