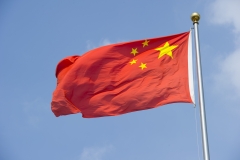 As the dead bodies in New York City, the epicenter of the pandemic, were fork-lifted into refrigerated trucks and the stock market tanked, the political demarcations became acuter, with disagreements even about what to call the virus—Wuhan Virus, COVID-19, Chinese Virus, etc.

Leftists, seeing an opportunity to restructure the government, agitate for a long national shutdown and using emergency stimulus funds for illegal aliens and for reparations for “Black + Brown communities” for “redlining, environmental racism, [and the] wealth gap.” For some, like Naomi Klein, the Gloria Steinem Endowed Chair in Media, Culture and Feminist Studies at Rutgers University and an admirer of Howard Zinn and the late Venezuelan communist dictator Hugo Chavez, the unfolding tragedy offers an opportunity to “beat” “coronavirus capitalism.”

Many Republican governors, especially of less hard-hit states, resisted complete shutdowns. Conservatives worried about long-term threats to civil liberties and the economy. They criticized the hostility with which help from the Christian charity, Samaritan’s Purse, was met, and how offers from the Remington gun factory and an Upstate New York nursing home went unheeded—even as Gov. Andrew Cuomo threatened to send the National Guard to seize health care equipment from Upstate New York facilities.

Some have compared this moment to the Pearl Harbor attack on December 7, 1941. Americans back then, even staunch anti-interventionists, rallied round the commander-in-chief, volunteering for military service. Today, Americans cannot agree on who the enemy is.

Though mistakes were made here by both sides, it is now clear that the attacker was communist China, which lied with the help of the UN’s World Health Organization, thus allowing the virus to spread, and persecuted and killed their own whistleblowers, while buying up supplies from countries that were unknowingly about to face shortages as the virus hit. Such disregard for human life has been characteristic of communist regimes throughout history. Yet celebrities, led by Lady Gaga, are fundraising for the World Health Organization.

The Chinese Communist Party’s “Open Letter calling for closer international cooperation in the fight against COVID-19,” signed by 230 parties in 100 countries, including the Communist Party USA, proclaims that all governments should “foster the global governance outlook of achieving shared growth through discussion and collaboration” and that the United Nations and the World Health Organization should lead “in global public health governance.” In a clear move to deflect blame, it declared that all must stand “firmly against all discriminatory comments and practices against any country, region, or ethnic group. . . .”

On April 20, it was revealed that 42 percent of likely voters and 60 percent of Democrats did not blame China or the World Health Organization for the pandemic, and instead blamed President Donald Trump. Our largest media outlets, especially The New York Times, The Washington Post, and Comcast/NBC, who have lucrative deals with Communist China, obscure CCP culpability in their reporting.

A disturbingly large percentage of Americans do not understand the nature of the Chinese regime. A 2019 Victims of Communism poll showed that only 57 percent of Generation Z and 62 percent of millennials “believe China is a communist country and not a democratic country” (compared to 88 percent of baby boomers and older).

But even the knowledgeable may not see this as negative.

The same VOC poll showed that more than one in three millennials viewed communism favorably, and a rapidly growing percentage of those under 40 are willing to vote not only socialist but communist. This could be related to education. Generation Z and millennials were much more likely to report getting a favorable presentation of communism, in grades K-12 (23 and 25 percent, respectively), and in college (36 and 37 percent).

The rising opinion of China and communism parallels the increased use of Howard Zinn’s "A People’s History of the United States" in classrooms. What in actuality was a bloody Soviet-led communist takeover of China is presented by Zinn as a “movement with enormous mass support” led by the communists at the end of World War II. Heroically, the “Red Army, which had fought against the Japanese, now fought to oust the corrupt dictatorship of Chiang Kai-shek, which was supported by the United States.”

The occupation of Peking by “Chinese Communist forces” in January 1949 was a welcomed ending to the civil war. China was now “in the hands of a revolutionary movement, the closest thing, in the long history of that ancient country, to a people’s government, independent of outside control.” Mao Zedong could hardly have improved upon this version!

Furthermore, this “mass movement,” a “people’s government,” compares favorably with the United States, which is presented as being founded as a clever scheme by a group of wealthy white men. As Zinn describes it, “Around 1776, certain important people in the English colonies made a discovery....They found that by creating a nation, a symbol, a legal unity called the United States, they could take over land, profits, and political power.” U.S. imperialism then quashed “peoples’” communist movements around the world. CPUSA chairman William Z. Foster described it the same way in his 1951 book, "Outline Political History of the Americas!"

More and more professors assign "A People’s History," repeating Zinn’s claim to have written history from a different “perspective”—of the people—from the “bottom-up.” This is the refrain of a professor who criticized Hannah Wright, a student who wrote me this winter. The professor told her that calling Zinn “biased” was “offensive” because it meant “that either the author ignored evidence that would have changed his conclusions, or he didn't bother with evidence at all.” Those who would “criticize” Zinn’s book are the “people who have a problem with any history book that does not seek to stimulate a nationalist pride in America” or are “some Joe Schmoe on the internet.” They “never provide evidence for their criticism.”

Repeating Zinn’s own boasts, she stated, “The focus of this book is to examine the history of working class people—Native Americans, African Americans, women, other minorities and white, poor working class people,” not “the rich and powerful.” Claiming that such “focus” doesn’t make Zinn’s book “biased,” she went on, “The truth does not lie somewhere in the middle of two sets of opinions; it lies with the evidence. Zinn provides a lot of that and his negative commentators do not.”

I have heard many similar stories from students. The assertion that Zinn is chronicling the history of overlooked groups and thus offering a new historical perspective is Zinn’s own big lie that he put forth to cover up his lies of fact, omission, and distortion. Zinn’s “evidence” consists of plagiarized disreputable sources, vague references, and deceptive quotations.

Hannah’s professor presents Zinn as infallible—a status no legitimate scholar would claim. At this critical moment, it is more important than ever to learn about what is arguably the most influential work of communist disinformation in our country.

Mary Grabar is a resident fellow at The Alexander Hamilton Institute for the Study of Western Civilization and author of "Debunking Howard Zinn."