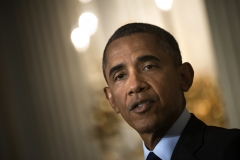 The United States Supreme Court on June 29 declared unconstitutional a provision of law that the director of the Consumer Financial Protection Bureau (CFPB) -- the monstrous bureaucratic brainchild of Democrat Sen. Elizabeth Warren created by 2010 legislation known as Dodd-Frank – could not be fired at will by the president.

The CFPB is an independent government agency with enormous power over financial institutions and their records, as well as many private parties that deal in the lending business. But even in the world of independent agencies, the CFPB lacks traditional congressional oversight and other constitutional checks and balances on its powers and funding.

The court based its decision in the constitutional doctrine of separation of powers. Inherent in the Executive Power is the authority of the president to remove those who assist him in carrying out his duties. The ruling itself is an important win for control over the growing and increasingly rogue administrative state.

In what some observers of this case considered a surprise, the first director of the CFPB, Obama-appointed Richard Cordray, penned an article for The Washington Post praising this ruling.

He suggests that on “Jan. 20, 2021, when a new president may take office,” a new CFPB director will be appointed.

The case was brought by the Seila Law firm after it received a subpoena for records, called a “civil investigative demand,” or CID. Seila Law refused to comply with the CID, claiming the structure of the CFPB was unconstitutional for many reasons beyond the fact that the director was not accountable to the chief executive of the United States.

The constitutional issues addressed by the Supreme Court did not include whether CIDs violate the Fourth Amendment. Using CIDs, however, administrative agencies obtain private records, emails, and other confidential documents, but are not required to have probable cause, although that is a cornerstone of Fourth Amendment protections of our “papers and effects.”

Complying with CIDs can cost organizations hundreds of thousands of dollars. Challenging them in court, as Seila Law did, can cost much more.

The New Deal Court of the 1940s gave its blessing to CIDs long before administrative agencies grew to become the behemoths they are today. These agencies operate in a constitutionally troubling way, making regulations, enforcing their interpretations of law, and issuing fines or other legal penalties. That combination of the three powers of government in one entity, James Madison wrote Federalist No. 47, is tyranny defined.

New Deal Justice Frank Murphy wrote in dissent about CIDs that the administrative state would grow, and these judge-less, probable cause-free subpoenas would harm liberty on par with what the Founders claimed unacceptable in the Declaration of Independence.

Murphy’s dissent described a separation of powers violation of “nonjudicial subpoenas issued by administrative agents.” He wrote, “[t]o allow a nonjudicial officer, unarmed with judicial process, to demand the books and papers of an individual is an open invitation to abuse of that power.”

An inherent danger of CIDs is that they can be used to intimidate, coerce, and punish political opposition. They are easily abused as political weapons precisely because they do not require probable cause and a judge’s preapproval.

Those who doubt how these probable cause-free subpoenas may be abused for political reasons merely need to look back at the Obama administration scandal Operation Choke Point that employed CIDs in attempting to cut off banking to gun dealers and others and attempts to bankrupt Tea Partier Catherine Engelbrecht through CIDs to her family’s business.

During the Obama administration, we saw unprecedented political weaponization of government powers and leftist holdovers in the Deep State continue to plague the Trump administration. They’ve even used the Foreign Intelligence Surveillance Act Court to issue warrants to spy on political opponents, so we know even probable cause and judge-issued warrants may be abused, although not as easily as CIDs.

In his majority opinion in the Seila Law case, Chief Justice John Roberts noted that Congress gave the CFPB “potent enforcement powers” to “conduct investigations, issue subpoenas and civil investigative demands…and prosecute civil actions in federal court.” He further goes on to say that Seila Law’s compliance with the CID and “provid[ing] documents it would prefer to withhold” from an unconstitutionally structured agency is a “concrete injury.”

In other words, when administrative agencies obtain our private records outside of our constitutional structures and protections, that is an injury to our liberty. This distinguishes America from totalitarian countries.

Whether the next president is Donald Trump or Joe Biden being puppeteered through Obama administration 2.0, the administrative state should not have the power to obtain private papers without probable cause and the prior check of a neutral judge. CIDs may be too easily weaponized, and the new, radically Marxist Democrat Party won’t hesitate to employ them against their political enemies when they gain power.

Mark J. Fitzgibbons, Esq. is an attorney and co-author with Richard Viguerie of "The Law That Governs Government."