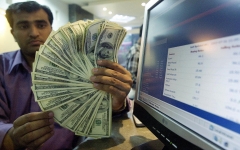 Since the Russian invasion of Ukraine, some conservative hawks — like those connected with the American Enterprise Institute (AEI) — have been squawking about the need for the United States to not only pay close attention to Chinese leader Xi Jinping, lest China attack and conquer Taiwan, but also to increase aid to Taiwan.

Writing in the Washington Post, AEI senior fellow Marc Thiessen, former chief speechwriter to President George W. Bush and Secretary of Defense Donald Rumsfeld, says that “we need to take the words of our enemies seriously.” The “murderous tyrant” Putin “was clear about his intentions in Ukraine — but we didn’t listen.” And “Chinese dictator Xi Jinping has been just as clear about his intentions in Taiwan.” Since the Chinese dictator “has laid out his intention to reunify Taiwan with the Chinese motherland just as clearly as Putin laid out his intention to reunify Ukraine with mother Russia,” the United States needs “to listen this time, so we don’t underestimate the danger again.”

"The simple fact is that the United States could and should have done more over the last eight years to aid Ukraine in its cause and in its need. We should have provided more security assistance. More of that assistance should have been lethal weaponry. And that lethal weaponry should have been provided sooner and in greater quantities to prevent an invasion, not respond to one. Ukrainians have fought well and fought bravely. But regrettably, they have done so — at least initially — with less help than they deserved. The United States must not make the same mistake when it comes to Taiwan."

As part of emergency Ukraine-funding legislation, Congress should also “authorize and fund a new long-term initiative to bolster Taiwan’s defenses and deter future aggression.” Sayers and Walker suggest that the United States make a down payment for the increased defense of Taiwan “of at least $1 billion.”

Another nonresident AEI fellow, Michael Mazza, who is also a senior nonresident fellow at the Global Taiwan Institute, is concerned that Taiwan “may one day have to face a formidable enemy without the kind of support that Ukraine is receiving today,” especially if Russia did not “sit on the sidelines.” Russia “could use its military in a threatening manner in the Sea of Japan and North Pacific in an effort to attract Japanese and American attention needed elsewhere. Moscow might also employ intelligence assets located in eastern Russia to support Chinese operations.” With the looming possibility of a Sino-Russian axis, Taiwan should “question just how far Europe and the United States will go” to come to its aid “in the event of an attack by China.”

But as Zack Yost points out in an important article at Law & Liberty, “Taiwan is not Ukraine.” I mention just two of his arguments:

"Ukraine has a vast border and terrain ideally suited for invasion, hence why Russia is attacking it on four fronts simultaneously. In contrast, Taiwan is an island separated from mainland China by roughly 100 miles of the Taiwan Strait."

"Thanks to decades of geoengineering, Taiwan only has 14 beaches suitable for large-scale landing operations which are all heavily defended. In total, less than 10 percent of Taiwan’s coast is suitable for landing operations. In contrast to Ukraine, which must fight on multiple fronts along its vast border, Taiwan would be able to swiftly concentrate its defenses and outnumber any Chinese forces that managed to make it across the heavily mined and defended strait."

He concludes that “it is crucial that American policymakers understand the limited options the U.S. has when it comes to intervening in a cross-strait invasion and that they avoid attempting to bluff China in the manner that has so clearly failed with Ukraine and Russia.”

Russia’s issue with Ukraine has been admirably explained by David Stockman here and here.

China believes there is only one China in the world, claims sovereignty over Taiwan, supports national reunification, and strongly opposes any formal declaration of independence by Taiwan.

Let Americans who prefer Ukraine to Russia and Taiwan to China, or Russia to Ukraine and China to Taiwan, put their money where their mouths are. There is nothing stopping them from individually taking sides in civil wars, territorial disputes, controversies, or military conflicts and sending their own resources to the country of their choosing or volunteering to fight on its behalf. But they have no right to expect the U.S. government to pick a side, send billions of American taxpayer dollars, and offer security guarantees that obligate U.S. troops to bleed and die for some foreign government.

Laurence M. Vance serves as a policy advisor and columnist for the Future of Freedom Foundation. His work can be viewed at vancepublications.com.

Editor's Note: This piece originally appeared on the Future of Freedom Foundation.