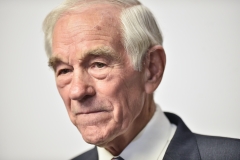 The Cold War is over. The Union of Soviet Socialist Republics (USSR, or Soviet Union) is no more. The Berlin Wall has been dismantled. East and West Germany are united. Yugoslavia is now the independent republics of Bosnia and Herzegovina, Croatia, Macedonia, Montenegro, Serbia, and Slovenia. Czechoslovakia is now the Czech Republic and the Slovak Republic. The communist dictator of Romania was overthrown and executed along with his wife. The Warsaw Pact has been dissolved.

Yet, after listening to what is being said about Ukraine, it seems as though some Democratic and Republican politicians, pundits, and think tanks want to return to the dark days before any of these things took place.

Crimea is a peninsula surrounded by the Black Sea to the south of Ukraine. It was here at Yalta that a conference was held during World War II between President Franklin D. Roosevelt of the United States, Prime Minister Winston Churchill of Great Britain, and General Secretary Joseph Stalin of the USSR. After being controlled by the Mongols and the Ottoman Empire for hundreds of years, Crimea was conquered by Russia in 1783 under Catherine the Great. The Crimean War (1853–1856) was fought between Russia and an alliance consisting of Great Britain, France, and the Ottoman Empire.

In 2014, Crimea, which is over 50 percent ethnic Russian, voted to secede from Ukraine, and Russia annexed it. To the chagrin of neoconservatives, former Republican member of Congress and presidential candidate Ron Paul observed: “Why does the U.S. care which flag will be hoisted on a small piece of land thousands of miles away?” He was right.

The government of the United States may care, but the people of the United States do not care in the least about what happens in this part of the world unless it affects them in some way. The American people don’t lose any sleep over whether Ukraine is autonomous or dominated by Russia. The American people don’t care about the territorial integrity of Ukraine any more than they care about the territorial integrity of Malawi. And most Americans could not locate either country on a map unless they were labeled with big, black letters.

Whether they know it or not, most Americans are Jeffersonians when it comes to foreign policy. They would prefer that the United States remain neutral, not intervene in the affairs of other countries, and not send its soldiers to fight except in the defense of the United States.

"Peace, commerce, and honest friendship with all nations — entangling alliances with none."

"I am for free commerce with all nations, political connection with none, and little or no diplomatic establishment."

"We ask for peace and justice from all nations; and we will remain uprightly neutral in fact."

Ron Paul was not only right about Ukraine in 2014; he is still right about it today. As Dr. Paul said recently:

"The philosophy of non-interventionism is one very good piece of insurance protecting us from needless war. If you don’t meddle in the affairs of foreign countries, there is less chance of being dragged into an unnecessary war.

"Ukraine is a great example of why non-interventionism is the only pro-America foreign policy. We are risking nuclear war with Russia over what? Ukraine’s borders? Surely most Americans see how idiotic this is."

This is not our fight.

Non-interventionism is not isolationism. As Dr. Paul said the last time he ran for president:

"Under a Paul administration, the United States would trade freely with any nation that seeks to engage with us. American citizens would be encouraged to visit other countries and interact with other peoples rather than be told by their own government that certain countries are off-limits to them....A Paul administration would see Americans engaged overseas like never before, in business and cultural activities."

Non-interventionism is practical, sane, moral, just, and right. It is the foreign policy of the Founding Fathers — and Ron Paul.

Laurence M. Vance serves as a policy advisor and columnist for the Future of Freedom Foundation. His work can be viewed at vancepublications.com.

Editor's Note: This piece originally appeared on The Future of Freedom Foundation.