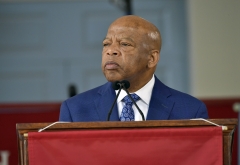 This week, the Democrats' bill to federalize our elections, S. 1, failed in the U.S. Senate. Thanks to the filibuster, the bill fell short of its needed sixty-vote threshold.

The filibuster stopped a partisan power grab that was designed to protect the Democrat majority. S. 1 was a radical bill that would have made our elections less secure, making it easier to commit voter fraud. It even would have even banned popular voter ID laws.

We should all be thankful for Sen. Kyrsten Sinema (D-AZ) and Sen. Joe Manchin (D-WV) for resisting calls from the radical left to eliminate the filibuster. Without it, we would be having a federal takeover of our elections now.

The filibuster was designed to build consensus among the states. The states would have lost power under S.1, and it is important for any fundamental restructuring of American elections to have broad consensus. The filibuster worked the way it was supposed to work.

Yet Americans should not let their guard down following the defeat of S. 1. The Left is already pushing an even worse bill, The John Lewis Voting Rights Act.

Do not let the bill’s name fool you. It is not a civil rights bill. It is an attempt to strip states of their powers to govern and run their own elections.

If you opposed S. 1, then you should oppose The John Lewis Voting Rights Act. It is still a massive federal takeover of elections. It would put ideologically radical bureaucrats at the Department of Justice in charge of every single detail of our elections.

These far-left bureaucrats would have to approve every change in our elections, from large changes such as mandating voter ID to small changes from moving the time county election offices are open from 8:30AM to 8:35 AM.

The John Lewis Voting Rights Act removes power from the people and gives it to the Washington swamp.

The Left will try to paint anyone who opposes The John Lewis Voting Rights Act as a racist or a vote suppressor. This sort of language demeans what African Americans went through to fully secure their right to vote in the 1960s. We cannot let these types of attacks stop us from fighting against a federal takeover of elections.

Federal overreach into our elections is unacceptable. It violates our original constitutional arrangement.

For over 200 years, states have run their own elections. The Left should stop trying to fundamentally transform our country and our Constitution. The U.S. Congress should stay out of election reform.

States like Arizona and Florida have passed election integrity legislation that will make their elections more free and secure. Other states should follow their lead. We do not need a federal government power grab.

Ken Blackwell is a member of the board of directors for the Public Interest Legal Foundation and was the Ohio Secretary of State from 1999 to 2007. He is Chairman of the Center for Election Intregrity at the America First Policy Institute.