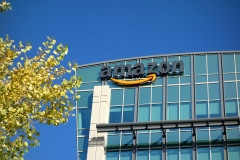 In the months preceding the U.S. Supreme Court’s Obergefell decision redefining marriage in 2015, some states attempted to pass religious freedom protections to prepare for a potential loss. While people of faith already had protections against the federal government thanks to the Religious Freedom Restoration Act, these bills aimed at ensuring religious conscience was also protected from actions by state and local government officials.

Big Business met these efforts with intense opposition. Corporations ranging from Apple to the NFL called on the states to drop the legislation. Some states ultimately bent to the wills of these deep-pocketed, culture-shaping corporate interests, by either dropping or watering down the bills.

Today, “Big Tech”—Amazon, Facebook, Google, and Microsoft—exert their collective influence on us daily. As Shoshana Zuboff, professor emerita at Harvard Business School and author of The Age of Surveillance Capitalism argues:

"They want your car, your medical conditions, and the shows you stream; your location as well as all the streets and buildings in your path and all the behavior of all the people in your city. They want your voice and what you eat and what you buy; your children’s play time and their schooling; your brain waves and your bloodstream. Nothing is exempt."

Could any smartphone owner disagree?

As the world’s largest legal organization committed to protecting religious freedom and free speech, Alliance Defending Freedom seeks to cultivate a society defined by respect and tolerance for different views, the free exchange of ideas, and robust debate and dialogue.

That’s why we are concerned that one member of “Big Tech”—Amazon—partners with an organization committed to maligning beliefs that differ from its own and shutting down debate: the Southern Poverty Law Center (SPLC).

In using the SPLC’s “hate group” list to determine which charities can participate in AmazonSmile (a program in which customers can donate a percentage of their purchase to the nonprofit of their choosing), Amazon excludes peaceful conservative and religious charities. The SPLC lumps these groups—including ADF—in with racist and violent groups such as the Ku Klux Klan.

Amazon customers have donated more than $150 million to nonprofits through AmazonSmile. At a time when charities are desperate for funds to serve people in need, Amazon is allowing the SPLC’s subjective and widely criticized opinions to limit the charitable giving options of its customers.

Amazon’s content censorship is also concerning. While Amazon policies claim to provide customers “access to a variety of viewpoints, including books that some customers may find objectionable,” it has recently removed books based solely on customers claiming offense at a book’s content. If Amazon continues down this path, it could silence and disenfranchise large numbers of authors, artists, producers, and entrepreneurs who do not share a point of view deemed acceptable by one of the world’s largest sellers of books and other media.

Additionally, Amazon’s partnership with the SPLC runs contrary to several of its stated leadership principles. It claims to value “Customer Obsession”—but what about its customers that want to use AmazonSmile to give to groups like ADF? Or want to buy books it has censored?

Amazon also says that its leaders should “seek diverse perspectives and work to disconfirm their beliefs.” Its partnership with the SPLC says otherwise.

When Amazon uses fallacious “hate” labels to ban groups and content, it ceases to function as an impartial marketplace, and becomes a viewpoint censor.

Viewpoint diversity is good for business and shareholder value, and its absence harms them.

After all, do we really want powerful corporations like Amazon to impact debate on important topics through censorship? Do we want discredited organizations like the SPLC deciding which charities are worthy of our giving?

Ultimately, it’s about more than Amazon and the SPLC. It’s about far-left organizations partnering with corporations to silence groups they do not agree with.

Charles Snow is a direct marketing copywriter and editor at the Alliance Defending Freedom.

Editor's Note: A modified version of this piece originally appeared on the Alliance Defending Freedom. To learn more about the ADF's Amazon campaign, click here.