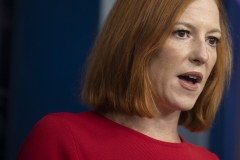 I issued a statement Wednesday saying the White House is out to milk the meeting between Pope Francis and President Joe Biden. They need to. Biden is in trouble with the bishops at home—he adamantly rejects core Catholic moral teachings—and his administration was banking on posting pictures of the two men grinning and shaking hands. But now the Vatican has thrown a monkey wrench into this opportunistic gambit. The media have been mostly barred from covering the meeting.

The Vatican has said that there will be no live coverage of Biden greeting the pope. Nor will the media be allowed to cover the two men sitting down as they begin their conversation. In other words, the optics that the White House was counting on are dead in the water.

Usually, the media film an exchange of gifts between the pope and a head of state in the pope's library; a recording of what they say is also provided. Not this time. Only select professionals, chosen by the Vatican, will be permitted.

White House Press Secretary Jen Psaki knows what this means and is not a happy camper. She chided the Vatican, saying, "We believe in the value of the free press."

If the White House valued a free press, why does the president rarely hold a press conference? Why does he habitually duck the press when boarding a helicopter? Why does the vice president run from the press? Why, when they were running for office, did they refuse to do any of the Sunday talk shows? Why did Biden hide in his basement?

Kudos to the Vatican. They know when they are being used.