SNL, Where Cats Can Get Apologies But Not Catholics 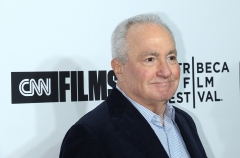 On March 24, 1997, I wrote to you at the same address about an anti-Catholic skit on SNL; it was the third attack in the previous three months. The March 15th edition was particularly vile — it included a mockery of the Eucharist. Now, 25 years later, I am writing to you again, this time about a vulgar assault on the Holy Family that aired on Dec. 11.

Saturday's show, which offered a "Hip Hop" rendition of the Nativity Scene, showed an adult man wearing a diaper. That man was Jesus. He was shown "twerking," shaking his butt to music. Joseph, his stepfather, was called "Baby Daddy," and was instructed on how to do a "pimp walk." The most obscene portrayal was reserved for Our Blessed Mother: She was depicted as a pole-dancing stripper. Worse, she was ordered to "go grind on the wall."

Some might say that because you are not Catholic that you may be unaware of just how offensive this skit is. They would be wrong. You know exactly how offensive it is. I say this because you are the long-time creator and producer of SNL, and I have been commenting on your show for decades.

In addition to the three SNL shows I cited in 1997, in April of that year there was a skit that mentioned "a picture of a rat sucking the breast of the Blessed Virgin Mary." [You guys really do have it out for her.] In 2002, your writers mocked New York's St. Patrick's Day Parade for claiming, falsely, that gays were banned from marching. In 2007, all priests were portrayed as sexual predators. In 2013, Jesus and the apostles were smeared. In 2019, there were five shows wherein all priests were attacked for being sexual abusers. And in October 2021, Catholics were singled out for condemnation because some have objected to being vaccinated.

You owe Catholics an apology. SNL is not a stranger to apologizing.

In 1992, you personally apologized for a skit that offended Chelsea Clinton. That same year, Joe Pesci slammed Sinead O'Connor for her anti-pope stunt. In 2007, SNL apologized for ridiculing children with Down syndrome. Justin Bieber apologized in 2013 for smoking marijuana on the show. In 2014, Kate McKinnon apologized for offending cats.

In 2017, Larry David gave a half-apology for joking about concentration camps. That same year, Kristen Stewart apologized for accidentally cursing on the show. In 2018, Pete Davidson apologized to former Navy SEAL and newly elected congressman Dan Crenshaw for mocking the patch over one of his eyes (the result of an explosion while serving in Afghanistan). In 2019, an SNL spokesman apologized on your behalf for hiring (and then firing) Shane Gillis for insulting Chinese Americans.

SNL is at its best when it pokes gentle fun at various public figures and demographic groups. It is at its worst when it trashes the most central characters, tenets, and clergy of a religious community.

While all Christians treasure the Holy Family, especially at this time of the year, assaults on Our Blessed Mother carry even greater significance with Catholics. The decent thing to do is to apologize. After all, if cats merit an apology, why shouldn't Catholics?