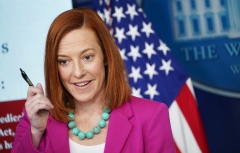 We are getting close to the point where if a white person says he prefers vanilla ice cream to chocolate, he risks being labeled a racist. The ruling class, in particular, is obsessed with this issue, seeing racism lurking behind every decision that adversely affects people of color.

We need to grow up. The first thing we need to do is get rid of the term "people of color." It is meaningless. Asians have little in common with African Americans or Hispanics. Indeed, Asians have little in common with each other: The Chinese do not share a common history or culture with the Japanese, never mind with the Nigerians or Argentineans. The same is true of Hispanics—they vary considerably by their country of origin.

If the goal is to find racism, it is a sure bet it will be found. So when a self-confessed sex addict killed six Asian women in a massage parlor in Atlanta, the account he offered was immediately dismissed. He did not kill because he is a wacko, the ruling class said, but because he hates Asians. But if the massage parlor women had been Irish, what would they have said about that?

On March 20, a 66-year-old Asian man was punched in the face in Manhattan. Without missing a beat, the media said this was one more example of anti-Asian sentiment. But was it? The offender was a homeless man who walked the streets with a blanket. The assault happened in Chinatown, so the ruling class smelled racism. However, had it happened a few blocks away in the Bowery, no one would have suspected racism.

Last year, Catholic churches were burned and Catholic statues were destroyed—all by left-wing mobs—yet the ruling class never condemned these acts for being anti-Catholic. They are only interested in assaults on "people of color." But even there, their select interest in anti-Asian crime is more politically motivated than it is a sincere expression of concern. Consider how it is being addressed.

White House Press Secretary Jen Psaki blamed President Trump for the recent attacks on Asians. Katelyn Beaty, former managing editor of Christianity Today, blamed Christianity: the shooter came from a "purity culture." Similarly, Freedom From Religion Foundation noted that since the shooter was a Christian, the role his religion played must be considered. As usual, CNN fingered white supremacy as the major cause.

As it turns out, blacks, not white supremacists or white Christians, are disproportionately responsible for violence against Asians. But even here we need to be careful about putting too much stock in race-based theories. After all, most of the crime committed against blacks is done by blacks.

No doubt there are many reasons why Asians are being targeted these days. There is one factor, however, that doesn't command the attention of the ruling class: the extent to which they themselves are responsible.

Everyone knows that Asians, on the whole, excel in school. They succeed so much that they have angered the white ruling class. Indeed, the elites resent the fact that African Americans and Hispanics don't do as well in school, and it is this attitude that accounts for racial quotas in prestigious schools. More important, the ruling class has nurtured a culture of resentment, one that portrays Asians as unfairly getting ahead.

Last year, Asians in California worked hard to defeat Proposition 16, an initiative to reinstate affirmative action. Had it passed, it would have granted preferential treatment based on race, benefiting blacks and Hispanics, but at the expense of Asians. White liberals outspent their Asian opponents by a ratio of more than 13-1, yet they still lost.

The president of the Asian American Coalition for Education, Yukong Zhao, sent a message to white liberals. "Asian Americans will fight fiercely and defeat your racist policies wherever and whenever tried."

This was an accurate observation—the quotas are racist. It does not matter that Harvard's anti-Asian admissions policy was upheld by the courts. Of course, Harvard has a right to say that it can consider such personality traits as courage and leadership when making determinations for admission. But every honest person knows this is a ruse: such attributes have nothing to do with academic performance; they were chosen to limit Asian attendance.

What's happening at Harvard is happening at Yale, Princeton, Columbia, Cornell, Brown, the University of California, and elsewhere. It's also happening in elite public high schools throughout the nation. In New York City, Mayor Bill de Blasio has done everything he can to keep Asians from taking up too many seats in the city's select public high schools. Perversely, he also works against blacks by trying to destroy charter schools.

The ruling class, which is dominated by white liberals, says their anti-Asian policies have nothing to do with fomenting a culture of resentment against Asians. They would rather blame Christians and white supremacists. But to anyone who has seriously studied this issue, their rationale not only lacks evidence, it lacks common sense as well.