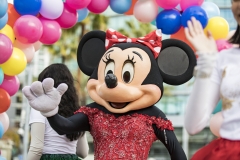 Jason Killian Meath and I are the Executive Producers.  Jason, who is CEO of Meath Television Media LLC, also wrote and directed the film.

We have an all-star cast.

Mercedes Schlapp hosted the movie. She is a Cuban-American and a distinguished commentator on contemporary political issues.

Tony Perkins is president of the Family Research Council and one of the nation’s leading evangelical leaders.

Dr. Ben Carson served as Secretary of Housing and Urban Development under President Trump. He is an outspoken African American whose pro-life record is second to none.

Miranda Devine hails from Australia and is a committed Catholic and author. She writes a column for the New York Post and frequently appears on TV.

Brent Bozell is president of the Media Research Center and an advocate for all the right causes. He serves on our board of advisors.

Vivek Ramaswamy is an Indian-American entrepreneur. A Hindu (he  attended a Catholic high school), he is best known for trying to steer big corporations in the right direction.

David Horowitz is a Jewish activist who spent his early years promoting radical causes. But he had “second thoughts” about his political leanings and has been an important conservative voice for decades.

Christian Toto is a film critic at the Washington Times and author of a book on how Hollywood became a partisan of left-wing politics.

Will Witt, author and podcaster, makes a special appearance.

Our culture is in crisis, and what is driving much of it is a callous disregard for the innocence of children. Too many activists, celebrities and educators are bent on indoctrinating young boys and girls with some very sick ideas. Regrettably, Disney is one of the most guilty players.

We did this documentary so that the public can learn how the most family-friendly institution in the country has departed from its ways. Its forays into social and sexual engineering must be enough to make Walt Disney turn over on his grave.

Enjoy the film and bring it to the attention of family and friends. Perhaps Disney will rethink its LGBT agenda and get back to treating kids as kids.

Bill Donohue is president and CEO of the Catholic League for Religious and Civil Rights.