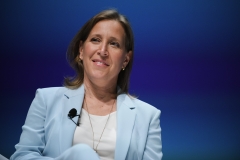 YouTube announced Wednesday that it would begin deleting new videos questioning the outcome of the 2020 presidential election.

For example, we will remove videos claiming that a Presidential candidate won the election due to widespread software glitches or counting errors. We will begin enforcing this policy today, and will ramp up in the weeks to come....As always, news coverage and commentary on these issues can remain on our site if there’s sufficient education, documentary, scientific or artistic context.

For the past month, YouTube has paired videos pertaining to the topic with a notice claiming "the AP has called the presidential race for Joe Biden" which appears directly under videos, before even their titles or upload dates. The Big Tech giant, which is owned by Google, also noted that 88% of videos that populate in the top 10 search results pertaining to elections are from "authoritative news sources," as opposed to independent content creators.

"I'm old enough to remember when YouTube posed an existential threat to information gatekeepers," conservative author Michelle Malkin told CNSNews. "At its birth, social media held incredible potential to empower dissenters and disrupters of all kinds. Any video creator, no matter how small, could change minds and change the world with peacefully expressed content."

No more. YouTube IS the ultimate information gatekeeper now--exercising its immense power (and immune from liability thanks to the CDA's Section 230) to anoint "authoritative sources" and purge all those who dare question them. With its latest announcement that it will delete all content questioning the election results, Google's video propaganda arm has removed the "You" from "YouTube."

.@Google owned @YouTube officially announcing free speech no longer allowed. If you have concerns about election integrity, you must sit down and shut up. Repeal Section 230 and break these companies up https://t.co/EfBfCZHzv2