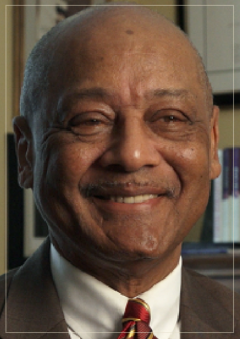 During an interview with conservative Mark Levin, Robert L. Woodson Sr., president and founder of the Woodson Center, said that what is happening today is a "perversion of the civil rights movement," and that claims of "institutional racism" are a "ruse," a "lie" to deflect attention from certain black leaders who have failed to help their communities because they pushed policies that do not work.

Woodson, whose organization works directly with people and groups in neighborhoods nationwide, also denounced the idea that the "legacy of slavery and discrimination" is responsible for problems in some black communities, such as unemployment, crime, and out-of-wedlock births. "That's another lie," he said.

During the June 7 edition of Life, Liberty & Levin on FNC, host Mark Levin said to Woodson, "You see what's happening to our country. You see what's happening in these cities and states. I want to put it to you this way. This is a civil rights movement. What kind of civil rights movement is this when you're burning down your own cities and you don't even have a precise message?

"I don't see any leaders," added Levin.  "I see anarchy and mayhem. I see a media that's very excited about it.  I see a Democratic Party that's run these cities for decades and one party rule and I see a National Democratic Party that won't condemn the violence in a full-throated and aggressive way. What do you make of this?"

Robert Woodson said, "Well, certainly what they're doing is a perversion of the civil rights movement, but as a continuation, Mark, a march that started 50 years ago, with the passage of the Civil Rights Bill."

"The great expectation at that time," he said, "was that the problem of the inner cities and poor blacks was that there were whites running those systems. And so the great promise was, if you just elect blacks to those offices, then the inequities would improve."

"And what we've done over the last 50 years, we've spent about $22 trillion in government money where 70 percent goes not to the poor, but to those who serve the poor," said Woodson.  "Blacks have been in office and conditions for low-income blacks have deteriorated every year after year."

He continued, "And so one of the ways that they can avoid, those leaders can avoid explaining to the public, the cause of this decline, they use race as a ruse to deflect attention away from their failures." (Emphasis added.)

"As a consequence, you see the kind of chaos that exists in these communities," said Woodson. "They also make the false claim that the problems of unemployment, that out of wedlock births and crime is somehow associated with this country's legacy of slavery and discrimination. That's another lie."

Woodson went on to explain that before many of the programs to help blacks were implemented, black families and businesses and investors were thriving.

"We go back and we say to the public of blacks, your fate is never determined by what white America does or does not do," said Woodson. "It has never been."

"We give examples at our 1776 [project] from the past -- that when 50 years after the Emancipation Proclamation, in spite of discrimination, blacks had $700 million in assets," he said. "We owned 900,000 farms, 40,000 churches, 40,000 businesses. Cities like Chicago in the Bronzeville section had 731 black-owned businesses, $100 million in real estate assets, out of wedlock birth under 15 percent."

"So, this is the real history of black America that is not being told and young people today are being convinced that their fate is determined by forces that happened hundreds of years ago," he added.

"We must challenge that with information," said Woodson. "But also we must challenge the lie that somehow the dysfunction in these cities is determined by what they call institutional racism. I don't know what that is, or systemic racism. To me, it's just a ruse."

The biggest enemy that black America, low-income black Americans have is not bigots, it is those who betray the trust, those who took office and exploited the trust and confidence that low-income people had in their leaders, and instead of taking responsibility, and offering real solutions, what they're offering is race, somehow to justify their inaction or their incompetence." (Emphasis added.)