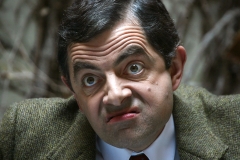 British comedian and actor Rowan Atkinson, famous for his goofy and awkward character "Mr. Bean," criticized cancel culture, saying it is like a digital "medieval mob" looking for someone to burn.

Cancel culture, for the not-woke crowd, is a phenomenon that occurs when politically correct activists discover that someone famous or talented is not sufficiently politically correct and thus they attack, doing all they can to ruin that person's reputation, career, and means of making a living.

For instance, author J.K.Rowling was mobbed by the cancel culture when she questioned whether transgender people should undergo sex-change surgery, and how does transgender affect the definition and lives of biological women.

In a Jan. 5 interview with Radio Times, Rowan Atkinson said of cancel culture, “The problem we have online is that an algorithm decides what we want to see, which ends up creating a simplistic, binary view of society."

"It becomes a case of either you’re with us or against us," said Atkinson.  "And if you’re against us, you deserve to be ‘cancelled.'"

He continued, “It’s important that we’re exposed to a wide spectrum of opinion, but what we have now is the digital equivalent of the medieval mob roaming the streets looking for someone to burn."

"So it is scary for anyone who’s a victim of that mob and it fills me with fear about the future," he said.

Atkinson, 65, has appeared in 21 films and television series, including Never Say Never Again, Mr. Bean, Four Weddings and a Funeral, Johnny English, Scooby-Doo, and The Lion King. He was appointed Commander of the Order of the British Empire in 2013.