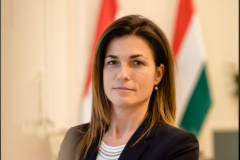 The pro-family Hungarian government has proposed a constitutional amendment that would protect the biological sex of children, male or female, and seek to ensure that their upbringing is based on Christian culture.

The proposed amendment was introduced to the Hungarian Parliament on Nov. 10 by Minister of Justice  Judit Varga.

As reported in The Guardian, the amendment states, “Hungary protects children’s right to identify as the sex they were born with, and ensures their upbringing based on our national self-identification and Christian culture.”

The amendment also reads, "Hungary protects the institution of marriage, which is based on a consensual union between a woman and a man, and protects the family as the basis on which the nation can survive. The basis of relationships within a family is marriage, as well as the relationship between parents and children. The father is a man, the mother is a woman."

It further states that only heterosexual couples may adopt children.

In explaining the reason for the amendment, its language says that “new, modern ideologies in the western world raise doubt about the creation of the male and female sex, and endanger the right of children to have healthy development.”

Justice Minister Varga said that Hungary's constitution is a "living framework that protects the identity of the Hungarians, expresses its value system, embodies its will and defines the most basic public law forms of its existence. It defines the family, our descendants and the national culture as values ​​to be protected."

"I want everyone to understand that the rights of our children must not be undermined by pressure from certain interest groups or ideological trends," she said, as reported by Remix News.

"The Constitution should reflect the child's right to self-identity according to the sex of birth, and such a guarantee is the state's way to ensure education in line with Hungary's self-identity and Christian culture," said Varga.

The Hungarian government is led by Prime Minister Viktor Orban, a member of the conservative Hungarian Civic Alliance Party. He first became prime minister in 2010. Orban is a member of the Calvinist Hungarian Reformed Church. His wife and five children are Catholic.