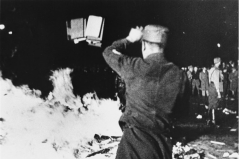 Heather Levine, an English teacher at Lawrence High School in Massachusetts, recently boasted about how "very proud" she was that the classic work of poetry, The Odyssey, was removed from her school's curriculum, reported the Wall Street Journal in a Dec. 27 commentary by Meghan Cox Gurdon.

There is a "sustained effort ... under way to deny children access to literature," wrote Gurdon, explaining that "critical-theory ideologues" and teachers (#DisruptTexts) are feverishly working to ban the best and most essential books of the Western canon. 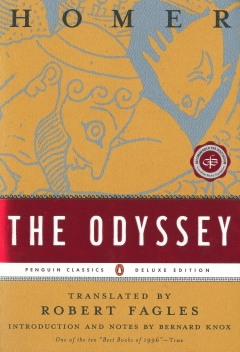 The Odyssey, for instance, is an epic Greek poem (written around 675-725 B.C) that has been read, studied, and taught to students for centuries. Any "Great Books" program includes The Odyssey. Harold Bloom (1930-2019), the  Sterling Professor of Humanities at Yale University, includes The Odyssey and The Iliad by Homer among the great books of Western literature.

Nonetheless, the "demands for censorship appear to be getting results," says Gurdon.  “'Be like Odysseus and embrace the long haul to liberation (and then take the Odyssey out of your curriculum because it’s trash),' tweeted Shea Martin in June."

“'Hahaha,' replied Heather Levine, an English teacher at Lawrence (Mass.) High School," reported Gurdon.  “'Very proud to say we got the Odyssey removed from the curriculum this year!'"

When Gurdon tried to contact Levine to confirm the claim, Levine reportedly replied that the inquiry was “invasive.”

Gurdon also cited "educator" Evin Shinn, who tweeted in 2018, "I don’t mind saying it: I’d rather die than teach Scarlet Letter [by Nathaniel Hawthorne]. Unless you are teaching about how to fight against misogyny and slut-slaming. Easy A is a good movie though. Plus, Hawthorne wrote dope short stories. Black Veil, Birthmark?! Do better. #disruptexts #ProjectLITchat."

The ideologues and #DisruptTexts activists do not want children "to read stories written in anything other than the present-day vernacular," said Gurdon, "especially those 'in which racism, sexism, ableism, anti-Semitism, and other forms of hate are the norm,' as young-adult novelist Padma Venkatraman writes in School Library Journal."

Venkatraman claims that the classics of literature "privilege white readers."

"Keeping racist books out of young readers’ hands won’t prevent them from growing into racists, but it may encourage them to read books with egalitarian worldviews," says Venkatraman.  "Challenging old classics is the literary equivalent of replacing statues of racist figures."

“It’s a tragedy that this anti-intellectual movement of canceling the classics is gaining traction among educators and the mainstream publishing industry,” science-fiction writer Jon Del Arroz told Gurdon.  “Erasing the history of great works only limits the ability of children to become literate.”

In her closing paragraph for The Journal, Gurdon wrote, "If there is harm in classic literature, it comes from not teaching it. Students excused from reading foundational texts may imagine themselves lucky to get away with YA [young adult] novels instead—that’s what the #DisruptTexts people want—but compared with their better-educated peers they will suffer a poverty of language and cultural reference. Worse, they won’t even know it."