Neil Patel, founder and publisher of the online news outlet Daily Caller, released a statement today revealing that two Daily Caller reporters were arrested Wednesday night by officers of the Louisville Police Department (LPD). The reporters were covering the protests sparked by a grand jury's decision in the Breonna Taylor case.

The department, so far, has not released the journalists and, said Patel, the LPD is "going to find out all about this in the form of a lawsuit unless things start changing fast."

We are all on the ground right now and police are taking people and putting them in zip tie cuffs pic.twitter.com/eIJJF1t1Ub

The two arrested reporters are Shelby Talcott and Jorge Ventura, according to the Louisville Courier-Journal. They were arrested and "will be charged with two misdemeanors related to breaking curfew & unlawful assembly for their alleged failure to comply with police orders to disperse and for press to relegate themselves to an 'observation area,'" a police spokesman told The Courier-Journal.

Last night at 11:50 p.m. Ventura tweeted, "Just got arrested by #Louisville PD. I will update everyone when I'm released."

Talcott tweeted, "We are all on the ground right now and police are taking people and putting them in zip tie cuffs."

Daily Caller Editor in Chief Geoffrey Ingersoll also tweeted last night, "I’ve now notified @LMPD that both @shelbytalcott and @VenturaReport were reporting for an accredited media outlet and were operating in the capacity of press. My expectation is that they will be swiftly released."

"The Louisville police arrested two of our employees Wednesday night. We have informed the police that these are reporters who were peacefully doing their job, but they are still refusing to release them. 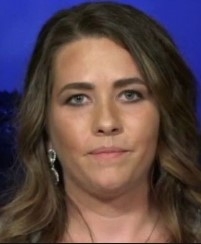 "They will not even let us speak with them. Given the fact that our reporters have been repeatedly harassed, punched and even shot at during past protests, we fear for their safety in lockup with people who may want to do them harm.

"No other news outlet has been on the ground at more protests and riots and none have done a more balanced job of telling the public what is happening. We appreciate the difficult situation that officers are in trying to balance their own safety while allowing protestors to exercise their first amendment rights. 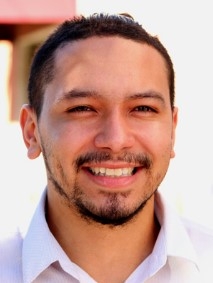 "Unlike other outlets, we have interviewed police about this and told their side of the story. But this is not China. Those reporters flat out have a constitutionally protected role to play on our streets.

"The Louisville Police Department is going to find out all about this in the form of a lawsuit unless things start changing fast."