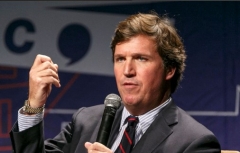 The coalition also criticized the ADL for its apparently selective denunciation of anti-Semitism.

"You [Greenblatt] repeatedly attempted to blame the Trump administration for a
'surge' in antisemitic incidents, though this was contradicted by the ADL’s own data," said the CJV in its April 13 letter, which was published in the Jerusalem Post.

"In a widely circulated report, the ADL cited 163 bomb threats to Jewish organizations," reads the letter.  "Closer inspection revealed that 150 of those threats were perpetrated by a single person -- who happened to be Jewish."

"The ADL has tirelessly endeavored to hide the truth readily known to most Jews in America: the overwhelming majority of antisemitic acts occur in Democrat-controlled cities and on college campuses dominated by progressive currents," said the coalition.

"Moreover, you lent credibility to MSNBC’s Al Sharpton, who unapologetically led a three-day pogrom in Crown Heights against 'the diamond merchants,' but have now called for Tucker Carlson to be fired," said the CJV.  "Carlson even predicted your reaction: he specifically noted that his words would be deliberately misconstrued by 'the left, and the little gatekeepers on Twitter.'"

Earlier in the letter, the Coalition said it was "distressed" by the "grossly misplaced charges of antisemitism made by" the ADL.

"Your recent attack on Tucker Carlson of Fox News, calling it 'white supremacist' to question whether particular policy choices enable illegal immigrants to nullify the votes of American citizens, is merely one example," reads the letter.

"... Since its founding in 1913, the Anti-Defamation League has acquired international prominence for battling this ongoing scourge" of anti-Semitism, said the CJV.  "It was rightly regarded as the Jewish community’s leading bulwark against the persisting hatred precisely because it was beholden to no particular
persuasion, movement, or cause."

"Alas, the ADL has become markedly partisan under your leadership," said the Coalition.  "Your organization published the guide, Naming the Hate, which
features obscure neo-Nazis of the 'alt-right,' yet says nothing regarding
far more dangerous, leftist adherents of radical Islam. Similarly, the ADL
denounced Brett Kavanaugh, but not Linda Sarsour."

According to its website, the ADL is "a leading anti-hate organization that was founded in 1913 in response to an escalating climate of antisemitism and bigotry. Today, ADL is the first call when acts of antisemitism occur and continues to fight all forms of hate."

The CJV website states that it "advocates for classical Jewish ideas and standards in matters of American public policy.  The CJV begins from the premise that something can be called an authentic Jewish value only if it is rooted in Biblical and Rabbinic teachings through millennia of Jewish history."