“As many as 15,000 migrants gathering in the southern part of Mexico, with most of those being women and children,” Fox and Friends host Ainsley Earhardt reported on June 6.

“Yesterday afternoon I communicated with that caravan leader, Luis Villagran, and he said they would start marching 10,000-plus strong this morning,” said reporter Griff Jenkins. “We’ll see if that actually materializes.” The caravan departed from Tapachula, at the Guatemala-Mexico border, on Monday.

“You say every single day it's getting worse, and the six days I’ve been here we actually went back sector-wide to look at how many apprehensions there were -- there were over 9,000,” said  Jenkins, adding that “645 got away since I’ve been boots on the ground, with the numbers getting worse. What would a caravan mean if it got up here on this border?”

Olivarez replied, “Well, it's going to increase those numbers much more and we know that, just the fact that we have those families and unaccompanied children coming across. It's depleting those resources from U.S. border patrol, and you got to see firsthand this morning the example of what happens when those resources are depleted.”

Jenkins also asked, “Are we seeing more criminals, is this getting more dangerous here on the border?” 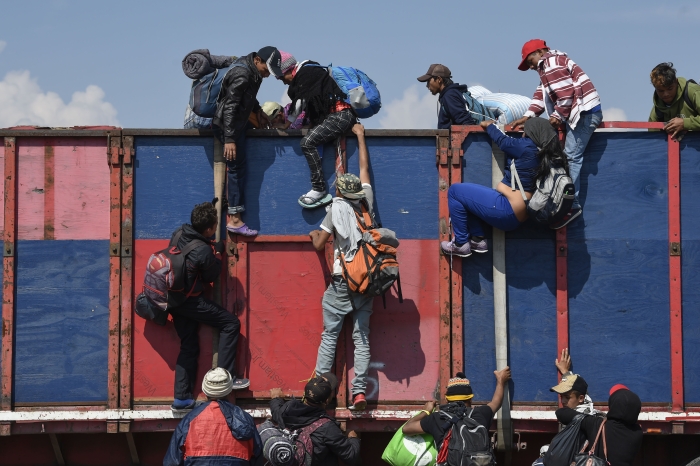 “But we won't know that until we actually apprehend them,” he continued, and “process them with U.S. border patrol. They can actually determine if those individuals are criminals, or their guides, or what their situation is, or what their history is.”

“But again, he added, a “clear example of what takes place here in RGB [Rio Grande Valley] sector when we talk about those got-aways all the time, because you don't know who these individuals are until you actually apprehend them.”

Caravan leader Luis Villagran  told Fox News, “We consider we are around 9,500, it measures 5 1/2 kilometers from the start to the end, people keep on joining.”

“The new caravan comes as the U.S. has seen a massive influx in attempted border crossings in Southern California, New Mexico, Arizona and Texas,” reported the New York Post.

Title 42 is a Trump-era policy, started during the COVID pandemic, which allows the government to not accept migrants at the border for public health reasons. It stems from the Public Health Service Act of 1944 and is designed to stop the spread of communicable diseases in the U.S.