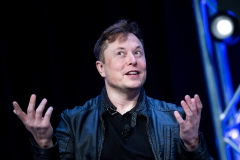 Asked to grade the Twitter board of directors’ “poison pill” plan to prevent Musk from purchasing the company, Pitt explained that the board gets an F for ignoring their responsibility to act in the best interests of the company’s shareholders:

“I give Twitter's board an F. I believe that under the circumstances, they needed to check out whether this was a real bid. And if it were a real bid, then they needed to do what's in the best interest of their shareholders. This is a price that hadn't been seen in quite some time.

“And there are many who believe that the price overvalues the company. Now, there are differences of views on that. But, the fact of the matter is, the number is at least within a legitimate frame of reference. And the board's unwillingness to treat it seriously, it strikes me, gives it a very poor grade.”

In an interview Monday on Fox Business Channel, Andersen Capital Management CIO Peter Andersen echoed Pitt’s comments and declared Twitter’s board dysfunctional for acting upon its own whims, rather than the best interests of the company’s shareholders:

“I'm actually pretty excited about this because I think this will show, Twitter itself, the dysfunctionality of the board,

“I hope they're listening to our conversation because, in Corporate Governance 101, the board does not own the company; they represent their shareholders. I thought we all knew that.”

As Fox Business explains, Twitter’s board has unanimously adopted the “poison pill” approach in order to prevent Musk from buying the company without the board’s approval:

"Under the plan, which is also referred to as a ‘poison pill‘, shareholders' rights will become exercisable if an entity, person or group acquires beneficial ownership of 15% or more of Twitter's outstanding common stock in a transaction not approved by the board.

"In the event that the rights become exercisable, existing Twitter shareholders — except for the person, entity or group triggering the plan — would be entitled to purchase additional shares of common stock at a discount."