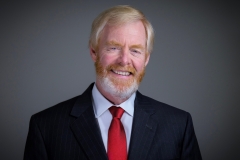 Bozell (via @BrentBozell) issued the challenge in a three-word tweet, replying to a Mediate post of a story, titled “White House Reportedly ‘Blindsided’ by Mar-a-Lago Raid: ‘Found Out When We All Did,’” which cited CNN:

“The White House was ‘blindsided’ by the stunning news that the FBI had executed a search warrant on Mar-A-Lago, the Palm Beach, Florida home of former President Donald Trump, reported CNN.”

In a separate post, Bozell called on every politician considering a run for president to publicly promise to hold accountable all of those involved in the raid – and to treat the Constitution with reverence:

“Every presidential candidate must vow to investigate, prosecute and remove every member of the Deep State responsible for the raid on President Trump's home.

“You either love America and revere the Constitution...or you don't.”

On Monday, following the FBI raid on Mar-a-Lago, which it claims it conducted in search of classified documents, Bozell declared U.S. Attorney General Merrick Garland the nation’s “most corrupt attorney general” ever:

“Merrick Garland is the most corrupt attorney general in our nation's history. And this is the guy Barack Obama wanted to put on the Supreme Court.”

"It seems to me that they have violated the rules of the Justice Department, they have gone after both a former president and a future candidate - and they darn well better have smoking-gun proof - which I don't see happening,” Dershowitz said, commenting on the raid.