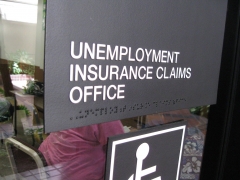 Every state that's continuing to provide the Biden Administration’s extra $300 a week unemployment benefit has an annualized maximum benefit package that exceeds the U.S. median household income by at least 20 percent, a new analysis of the effect of the extra $300 payment on employment concludes.

On Wednesday, the day after the U.S. Bureau of Labor Statistics (BLS) reported that the number of job openings in the U.S. had reached a series high of 9.3 million in April, the Committee to Unleash Prosperity released “Bonus Unemployment Benefits Are Causing Major Labor Shortage in America,” a study examining the real work-versus-welfare tradeoff in the states (and D.C.) that still provide $300 a week extra unemployment insurance (UI) benefits.

While 25 states, all with Republican governors, have suspended the extra $300 a week unemployment benefits, the other 25 states and D.C., almost all headed by Democrats, plan to continue to provide the extra payment through September, the study reports.

In 20 of these 26 “states” (including D.C.), the maximum potential benefit package for a family of four exceeds $100,000 at an annual rate. The average annual UI benefit in these states exceeds $72,000, while the median household income in the United States is approximately $68,000.

The maximum family benefit for all states providing the extra $300 a week ranges a high of $147,198 in Massachusetts to a low of $82,044 in Louisiana. In each of these states, the maximum potential benefit exceeds the U.S. median household income by at least 20 percent, the analysis shows.

In most (10) of the 17 states where average (rather than maximum) benefits exceed the U.S. median income, the unemployment rate is higher than the national average in April of this year.

“Clearly, reductions in benefits coincided with increased employment, the study finds, noting that “UI claims are correlated with the amount of the bonus. When bonuses went up, unemployment rose.” Job openings are highest in low-wage industries, because the extra $300 has a greater impact.

In addition to the $300 benefit, Americans are receiving new and expanded benefits this year, regardless of whether or not they are employed, such as child credits, expanded rental assistance, stimulus checks and expanded healthcare benefits.

The study concludes that dropping the $300 a week payment is essential to helping employers fill open positions and incentivizing Americans to return to work:

“If states want to facilitate a ‘back to work’ strategy to reduce unemployment and help workers and firms, the $300 a week supplemental UI benefits should be immediately suspended.”

The Committee to Unleash Prosperity, co-founded by Economist Stephen Moore, seeks to promoting policies that will stimulate the U.S. economy.