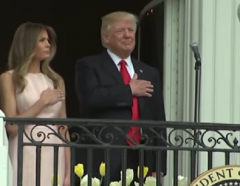 Slightly more than a third of U.S. voters say they plan to watch most or all of former President Donald Trump’s televised Senate trial this week, and President Joe Biden says he won’t be tuning in, either.

While about one in six (15%) said they plan to watch “all of it,” twice as many (32%) said they will watch “none of it.” Another 21% said they expect to watch “most of it,” leaving 30% planning to check out “some” of the trial on television. Two percent weren’t sure.

Even the current president has no interest in watch the trial, C-SPAN reported Tuesday, tweeting:

“President Biden says he will not be watching the impeachment trial of former President Trump.”

Just 31% of likely voters believe it’s either “Very Likely” (11%) or “Somewhat Likely” (20%) that Trump will be convicted by the Senate, a separate Rasmussen survey question revealed.