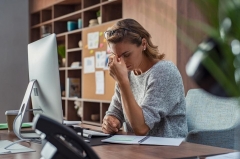 Microsoft’s Editor function now provides an “inclusive language critique” to advise writers to replace their own words – or famous direct quotes of others – with suggested politically-correct language.

In addition to the word-warnings, the inclusiveness checker will even provide “whole sentence rewrite suggestions,” Microsoft explains:

“Starting with Editor in Word and coming soon to other platforms, Microsoft 365 subscribers can also opt to see inclusive language suggestions — such as the word firefighter instead of fireman — that seek to eliminate biases based on gender, age, ability and more. In Word for the web in English, those users who want more feedback can now access whole sentence rewrite suggestions to improve fluency, conciseness and readability.”

Due the market dominance of Microsoft’s Windows, the inclusiveness checker could prove a boon to the efforts of the Speech Police, as The Daily Mail reports:

“Microsoft has rolled out a new 'inclusiveness' spellchecker for the latest version of Office 365 which highlights text and offers politically correct alternatives to phrases it perceives to be 'problematic'.

“Microsoft's Windows is the most widely used computer operating system in the world, accounting for almost 70 per cent of the market across desktop, tablets, and consoles in December 2021, and has long offered a spelling, punctuation and grammar checking function across its suite of Office programmes.”

“Along with the usual spellcheck, its word processing programme now highlights phrases that may offend someone based on gender, age, sexual orientation, ethnicity or even “socioeconomic status,” The Sun reports, noting that the inclusiveness checker even goes so far as to change song lyrics and famous, direct quotes:

“In the lyrics to Barry Manilow’s party favourite Copacabana, Microsoft suggests Lola be referred to as a ‘dancer’, ‘performer’ or ‘performing artist’ rather than a ‘showgirl’.”

”The function also suggests changing 'postman' to 'postal worker' and altering Neil Armstrong's famous moon-landing quote from 'one giant leap for mankind', to 'humankind' or 'humanity' instead.”

Other words the checker chastises writers for using include: