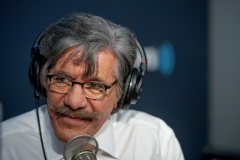 Homicides and gang violence are so out of control in Chicago that the city needs federal and state help, political commentator and Journalist Geraldo Rivera said Monday.

“Homicide is the leading cause of death among young Black men in America,” Rivera tweeted, declaring it “the #CivilRightsIssueOfOurTime.”

With ten times as many gang members as police in Chicago, and 11 more murders over the weekend, law enforcement efforts need to be ramped up by employing “stop & frisk” measures and using anti-organized crime (RICO) laws to combat gang violence, Rivera wrote:

As Fox News reported Monday, at least 40 people were shot, 11 fatally, in Chicago over the weekend.