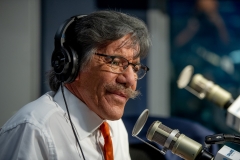 “The unraveling of the coup attempt” against President Donald Trump has begun, journalist and political analyst Geraldo Rivera said Thursday after the Justice Department filed a motion to dismiss the case against Gen. Michael Flynn.

“Justice at last,” Rivera wrote, echoing Flynn’s post declaring “and JUSTICE for ALL”:

"Right on @GenFlynn Congratulations. Justice at last. You were cruelly mistreated by rogue FBI agents dreaming of undoing the 2016 elections. They set a trap to frame you & use you vs the President. Now you’re free, and the unraveling of the coup attempt vs @realDonaldTrump begins"

“#Impeachment of @realDonaldTrump was a coup attempt by hyper partisan activists within the #DOJ who wanted to undo the November 2016 election. They concocted #Russiagate & tainted our political process. Today on @wtam1100 & #Roadkill my free iHeart podcast.”