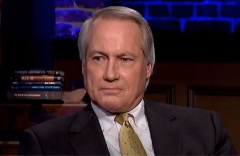 As CNSNews.com has reported, Barr issued a statement Tuesday claiming that the Justice Department (DOJ) has “not seen fraud on a scale that could have effected a different outcome in the [2020 presidential] election – to which, Trump’s legal team responded that it has not seen any evidence that the DOJ has even actually into the matter.

In their statement, Trump attorneys Rudy Giuliani and Jenna Ellis claim they have “gathered ample evidence of illegal voting in at least six states, which they have not examined.”

“We have many witnesses swearing under oath they saw crimes being committed in connection with voter fraud. As far as we know, not a single one has been interviewed by the DOJ,” the attorneys say.