Actor Jon Voight: Biden Admin. ‘Has Turned Us Upside Down with Deceit and Destruction’ 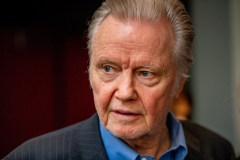 Leftists have distorted all of Donald Trump’s good work and “turned it into their deceit,” conservative and Academy Award-winning actor Jon Voight says in a video posted on social media.

“This nation is in complete chaos” because the Biden Administration “has turned us upside down with deceit and destruction,” Voight says in the video.

That this nation, under God, shall have a new birth of freedom pic.twitter.com/MGkVAW4PbA

As president, Trump did God’s work and saved the nation – until the Left Wing deceived the American public, Voight says:

“Jesus spoke. Moses spoke. Let God speak. Let God heal all our suffering souls and let President Trump fuel this because he was truly following God’s call – not the swamp that destroys. He, President Trump, had a gift for all people, all nations. He led this country and he did save it until the Left Wing distorted all his work and turned it into their deceit.”

“Be aware, my fellow Americans, the Biden Administration has destroyed our nation,” Voight warns.

Voight closes with a message of hope, saying that God’s plan will prevail and truth will win out over lies:

“But, my friends, God has a plan. He will show that truths will win. No man can lie, steal or take away the one truth – and that is the power of God, the power of righteousness, the power of Abraham Lincoln’s work, the note he left for his nation: that this nation, under God, shall have a new birth of freedom and that government of the people, by the people, for the people, shall not perish from this Earth.