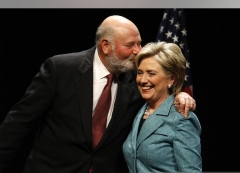 (CNSNews.com) - Rob Reiner, the actor who played Archie Bunker’s son-in-law Meathead on “All in the Family,” sent out a tweet on Wednesday, the day after conservative and radio great Rush Limbaugh passed away.

“Rush Limbaugh is gone,” Reiner said in his tweet.

“But there is no scarcity of purveyors of disinformation left in his wake,” Reiner continued.

“To protect our Democracy we must remain vigilant in calling out their big lies,” Reiner said. “Starting with climate change.”