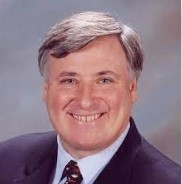 Terence P. Jeffrey started as editor in chief of CNSNews.com in September 2007. Prior to that, he served for more than a decade as editor of Human Events. Terry was born in San Francisco and raised in the Bay Area, the seventh of eleven children. Both his parents were doctors of medicine.

Terry earned a bachelor's degree in English Literature from Princeton in 1981. In 1984-85, he studied Arabic at the Arabic Language Institute of The American University in Cairo. In 1986-87, he studied in the Masters of Arts in Arab Studies program at Georgetown University, but did not earn a degree. From 1987-91, he was an editorial writer for The Washington Times, which entered his investigative editorials about then-House Speaker Jim Wright for consideration for the Pulitzer Prize. In 1992, he served as issues and research director for Pat Buchanan's first Republican presidential campaign. In 1993-1994, he served as executive director of The American Cause, an educational foundation. In 1995-96, he was national campaign manager for Pat Buchanan's second Republican presidential campaign. Buchanan that year won the Alaska, Louisiana and Missouri caucuses, placed second in the Iowa caucuses, and won the New Hampshire primary. Terry writes a weekly column for the Creators Syndicate. He and his wife, Julie, have five children and live in the Virginia suburbs outside Washington, D.C.