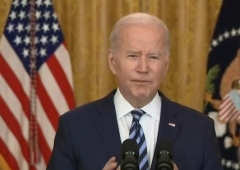 (CNSNews.com) - In 2021, which was President Joe Biden’s first year in office, the United States imported a record volume of crude oil and petroleum products from Russia, according to the preliminary numbers for 2021 published Monday by the U.S. Energy Information Administration.

During 2021, the United States imported a monthly average of 670,000 barrels per day of crude oil and petroleum products from Russia, according to the EIA’s preliminary numbers.

Prior to 2021, according to historical numbers published in the EIA’s Monthly Energy Review, the largest volume of crude oil and petroleum products imported into the United States from Russia came in 2011. That year, the United States imported an average of 624,000 barrels per day of crude oil and petroleum products from Russia. 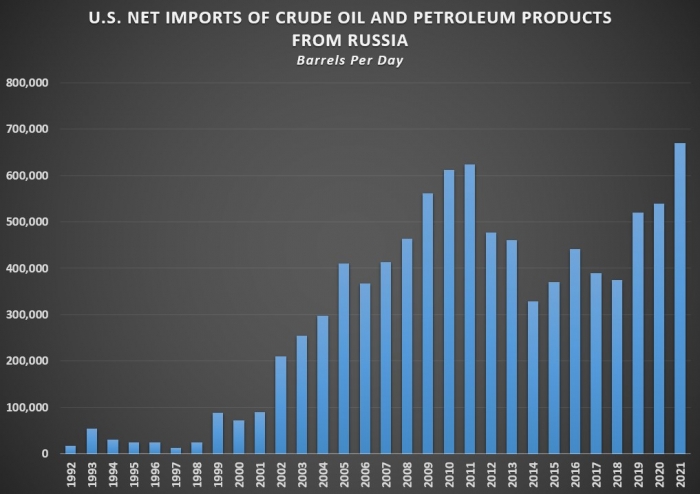 When President Biden joined with allies last week in imposing economic sanctions on Russia in response to its invasion of Ukraine, Russia’s oil and gas exports were not targeted.

“As we respond, my administration is using the tools — every tool at our disposal--to protect American families and businesses from rising prices at the gas pump,” Biden explained in an address on Thursday.

“You know, we’re taking active steps to bring down the costs.  And American oil and gas companies should not--should not--exploit this moment to hike their prices to raise profits,” said Biden.

“You know, in our sanctions package, we specifically designed to allow energy payments to continue,” he said.

“I will do everything in my power to limit the pain the American people are feeling at the gas pump,” said Biden. “This is critical to me.”

“To be clear: Our sanctions are not designed to cause any disruption to the current flow of energy from Russia to the world,” said Singh.

“That’s not to say that we have a dependence on Russia; Russia depends on those revenues just as much as the world needs its energy,” he said.  “But we’re not going to--we’re not going to--do anything which causes an unintended disruption to the flow of energy, as the global economic recovery is still underway.” 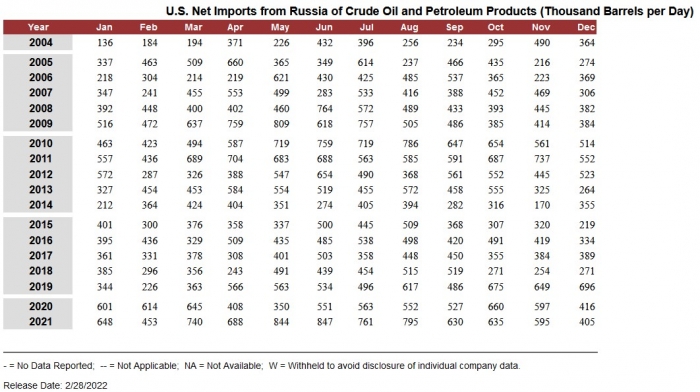 EIA chart listing the net imports of crude oil and petroleum products from Russia in thousand barrels per day.