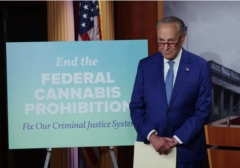 (CNSNews.com) - Senate Majority Leader Chuck Schumer (D.-N.Y.) sent out a tweet on Thursday stating that "federal cannabis legalization" is now a “priority” for the U.S. Senate.

“Comprehensive federal cannabis legalization with justice for the communities most impacted by the War on Drugs—especially communities of color—is a Senate priority,” Schumer said in his tweet.

“We will move forward,” Schumer said.

Back on Feb. 10, Schumer had sent out a tweet that included a copy of a letter—cosigned by Senators Ron Wyden (D.-Ore.) and Cory Booker (D.-N.J.)—that he had sent to his Senate colleagues that day.

“Here,” said Schumer in that tweet, “is what @SenBooker, @RonWyden, and I just told the Senate: As more and more states legalize cannabis, the Senate’s long overdue in addressing this issue and righting the wrongs of the past.

“With your help,” Schumer said, “we plan to introduce comprehensive cannabis legalization soon.”

In their “Dear Colleague” letter, Schumer, Wyden and Booker said: “This is an issue of individual freedom and basic fairness that clearly transcends party lines.”

“This bill aims to right the wrongs of the past and ensure that the federal government is matching the advancements made in states across the country,” said the Schumer-Wyden-Booker letter. 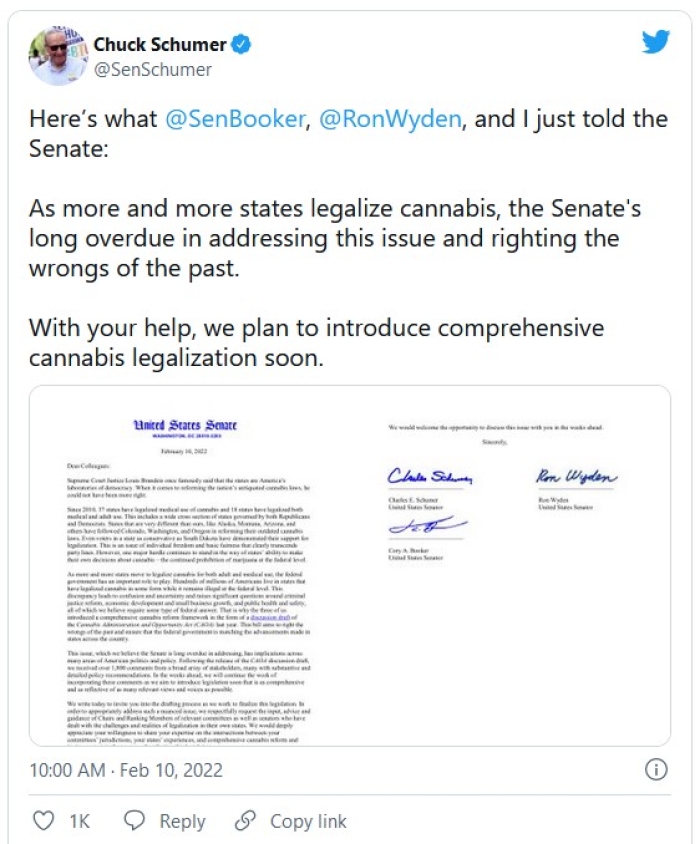