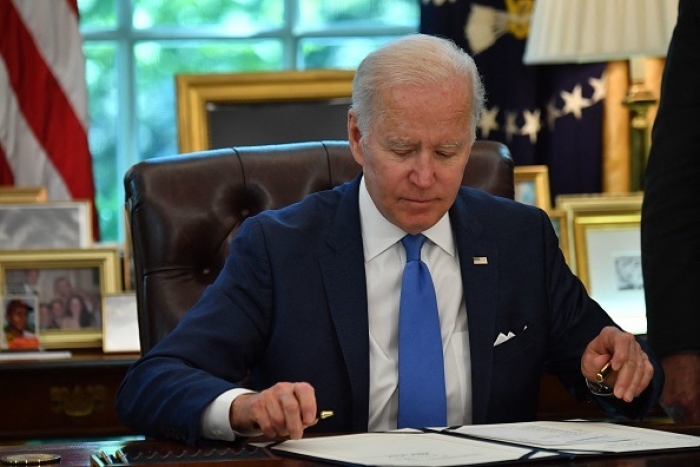 (CNSNews.com) - Republican Sens. Ron Johnson and Chuck Grassley want answers from the Biden White House about the president's apparent mishandling of classified documents after he left the Obama administration -- and whether he used private email to send documents to "family members."

The senators posed a list of questions to Richard Sauber, the special counsel to the president, including one about the use of private email to communicate government business. (Sound familiar?)

"Does President Biden use non-governmental email, including the following addresses and pseudonyms, to communicate government business or email his family members government information?" the senators asked. "If so, what steps have been taken to ensure that those communications satisfy federal record-keeping and archival requirements?"

The email addresses listed by the senators are: RobinWare456 @gmail.com; Robert.L.Peters @pci.gov; JRB Ware; and 67stingray.

Johnson and Grassley said this is not the first time they've asked such a question:

"In July 2021," their news release noted, "the senators requested information from Dana A. Remus, then-Counsel to the President, regarding reports that then-Vice President Biden used a non-government email for official business, including the transmission of government information to his son, Hunter Biden. After the White House failed to respond for nearly a year, Sens. Johnson and Grassley pressed the White House again in June 2022 after the discovery of an additional non-government email pseudonym associated with Joe Biden.

“The Biden Administration may understand the federal records laws, but it does not appear that they were properly followed by then-Vice President Biden,” the senators wrote.

“Aside from your brief and vague email to our staff, the White House has failed to respond to our previous letters. In light of the recent news regarding the inappropriate storage of classified documents, the White House must immediately provide transparency relating to then-Vice President Biden’s archiving of records,” the senators said.

The senators are demanding that the White House provide the following information:

1. What steps did then-Vice President Biden take to ensure that all his government emails and related communications were properly stored and archived?

2. Does President Biden use non-governmental email, including the following addresses and pseudonyms, to communicate government business or email his family members government information?  If so, what steps have been taken to ensure that those communications satisfy federal record-keeping and archival requirements?

3. With respect to the documents that are reportedly marked classified, what is the classification level for each document?

4. Why is the Penn Biden Center vacating its office space in Washington, D.C.?  When was this decided?

5. Please provide the name(s) of the attorneys who “were packing files” at the Penn Biden Center.

6. How many documents were packed at the Penn Biden Center?  Has the National Archives requested to review all of the other documents at this location?

7. Are there other locations where President Joe Biden has stored records from his time as vice president?  If so, has the National Archives requested to review those documents?

8. Has the National Archives requested the White House to provide all documents that include the pseudonyms and email addresses listed above that then-Vice President Biden used?