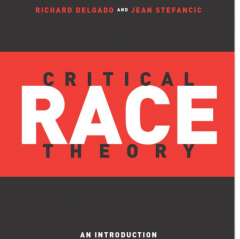 A primer on Critical Race Theory delves into structural racism and white privilege.

(CNSNews.com) - A New York Democrat says the FBI -- and congressional Republicans -- should "receive an education in critical race theory."

At a hearing of the House Judiciary Committee on Thursday, Rep. Mondaire Jones began his questioning of FBI Director Christopher Wray this way:

"Thank you, Director Wray for your time today. You've been very patient with all of us. Before I go further I do want to encourage you to allow your staff to receive an education in critical race theory. I know that certain members of this committee could certainly benefit from that kind of educational experience."

Earlier in the hearing, Rep. Jim Jordan (R-Ohio) asked Wray, "Does FBI give critical race theory training to your agents and employees?"

"Not to my knowledge," Wray replied. "We certainly provide different kinds of diversity training, just like almost any organization these days. But certainly, I've never heard of any kind of critical race theory training."

Jordan pressed Wray: "Is there critical race theory training going on at the FBI, yes, or no?"

"And my answer is, not that I'm aware of," Wray repeated.

"Not that you're aware of, okay," Jordan said, leaving it there.

According to "Critical Race Theory: An Introduction," a primer first published in 2001, the basic tenets include:

1. "Racism is ordinary, not aberrational...the common, everyday experience of most people of color in this country," which means that "racism is difficult to cure or address."

2.  "Our system of white-over-color ascendancy serves important purposes, both psychic and material." ("Because racism advances the interests of both white elites (materially) and working-class people (psychically), large segments of society have little incentive to eradicate it.")

3. "Races are categories that society invents, manipulates, or retires when convenient. ("People with common origins share certain physical traits, but those are dwarfed by what we have in common.")

4. "Dominant society racializes different minority groups (in different ways) at different times, in response to shifting needs. (In one era, a group of color may be depicted as happy-go-lucky, simpleminded, and content to serve white folks. A little later, when conditions change, that very same group may appear in cartoons, movies, and other cultural scripts as menacing, brutish, and out of control, requiring close monitoring and repression.")

5. "No person has a single, easily stated, unitary identity." ("Everyone has potentially conflicting, overlapping identities, loyalties, and allegiances," i.e., a white feminist may be Jewish, a black activist may be gay, a Latino may be black, etc.)

6. "The voice-of-color thesis holds that because of their different histories and experiences with oppression, black, Indian, Asian, and Latino/a writers and thinkers may be able to communicate to their white counterparts matters that the whites are unlikely to know. ("Minority status, in other words, brings with it a presumed competence to speak about race and racism.")