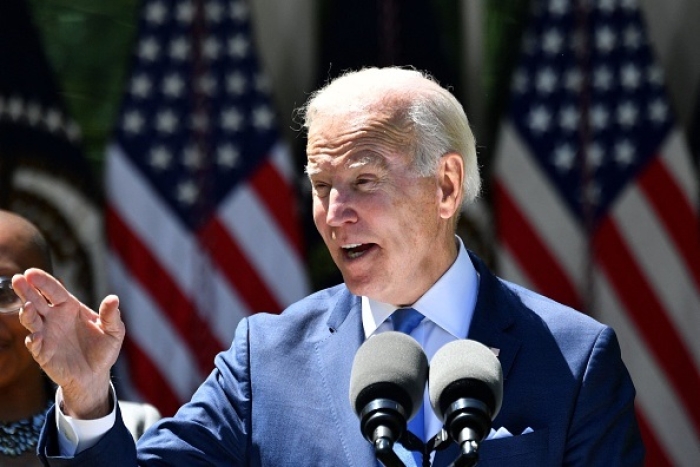 (CNSNews.com) - In a speech addressing inflation on Tuesday, President Biden will return to the "ultra-MAGA" criticism he used last week to slam his political opponents.

And he'll tell Americans that Sen. Rick Scott (R-Fla.) speaks for all Republicans with his 11-point economic plan, which is not true.

President Biden's plan, according to a White House fact sheet released today, is to raise taxes on the wealthy -- and to frame Republicans as advocates of tax increases and as advocates of "chopping" Social Security and Medicare.

According to that White House fact sheet:

"Congressional Republicans, led by Senator Rick Scott, have called for a new minimum tax on the middle class – firefighters and teachers – that would mean an average of almost $1,500 less in families’ pockets each year. And, while part of President Biden’s plan to lower costs is to strengthen Medicare by giving it the power to negotiate prescription drug prices, the Congressional Republican plan would put Medicare – in addition to Social Security, Medicaid, the Affordable Care Act and other critical programs for American families – on the chopping block every five years."

But, as Senate Minority Leader Mitch McConnell (R-Ky.) has made clear, Sen. Rick Scott's plan is not the Republican Party's plan.

Nevertheless, Biden spokeswoman Jen Psaki on Monday insisted that since Republicans have not disavowed Scott's plan, it therefore is their plan:

A reporter reminded Psaki that "The Washington Post has called that claim false -- that there was a Republican Congressional plan to raise taxes. Why is this statement still being shared?" the reporter asked.

Psaki responded: "Because Chairman Scott's plan, and we welcome -- we know he's asked for people to go to his website. We would encourage people to do the same thing and check out his plan that raises taxes for people making less than $100,000 a year."

The reporter followed up, telling Psaki that "there aren't any other Republicans signing on to this, at this point. So is it fair to say that Republicans as a whole are pushing --"

Psaki interrupted, noting that Sen. Scott is "the chairman of the committee. If Republicans want to repudiate his plan, they should go do that. But otherwise, that continues to be what they're running on. So that's their position, not ours."

Later, another reporter asked Psaki: "Back on the Rick Scott question, Senator McConnell did repudiate that plan. So how can you say it stands for what Republicans --"

Psaki interrupted again: "Well, he's the chairman of the committee. I wouldn't say every Republican has repudiated it. If they don't -- if that's not at all the plan they're running on and none of them are for it, then they can speak for themselves."

At a March 1, 2022 news conference led by McConnell, a reporter noted that "Democrats have seized on" Scott's plan.

"Well, Senator Scott is behind me and he can address the issue of his particular measure. If we're fortunate enough to have the majority next year, I'll be the majority leader. I'll decide in consultation with my members what to put on the floor.

"And let me tell you what would not be a part of our agenda. We will not have as part of our agenda a bill that raises taxes on half of the American people and sunsets Social Security and Medicare within five years. That will not be part of a Republican Senate majority agenda.

"We will focus instead on what the American people are concerned about: inflation, energy, defense, the border, and crime."

Sen. Rick Scott's 11-point plan says,  "All Americans should pay some income tax to have skin in the game, even if a small amount. Currently over half of Americans pay no income tax."

The plan also would "Force Congress to issue a report every year telling the public what they plan to do when Social Security and Medicare go bankrupt."