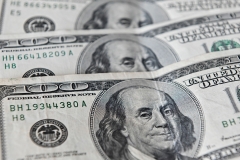 (CNS News) – During Tuesday’s markup meeting, the House Committee on Foreign Affairs voted narrowly to reject Rep. Marjorie Taylor Greene’s (R-Ga.) proposed resolution calling for increased oversight of the funds that have been sent to Ukraine.

On Nov. 17, Rep. Greene submitted H. Res. 1482, “Of inquiry requesting the President and directing the Secretary of Defense and Secretary of State to transmit, respectively, certain documents to the House of Representatives relating to Congressionally appropriated funds to the nation of Ukraine from January 20, 2021 to November 15, 2022,” which was referred to the House Committee on Foreign Affairs.

The House Committee on Foreign Affairs discussed the proposed resolution of inquiry (ROI) during a Dec. 6 “Markup of Various Measures.” 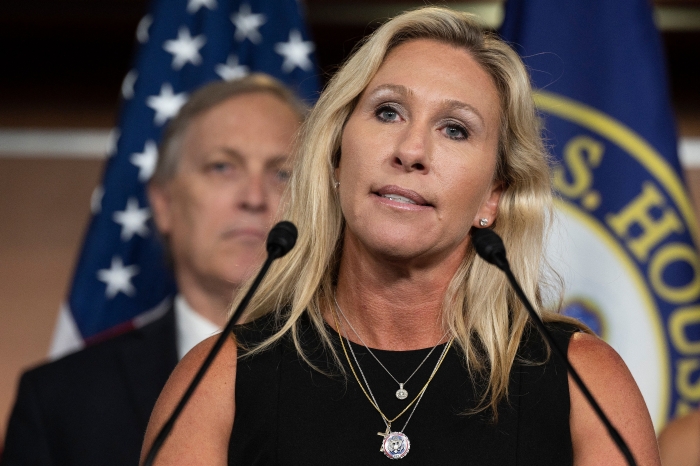 “I regret that we have some voices, extremist voices in my opinion, like the sponsors of this ROI, echoing the propaganda of the Kremlin and are aiming to advance a narrative that supporting Ukraine is poor for the resources of the American people,” Committee Chair Rep. Gregory Meeks (D-N.Y.) said of the proposed ROI.

“The consequences for the people of Ukraine, for democracy, and for the security of Europe, the United States, and beyond, are too dire,” he added.

Rep. Michael McCaul (R-Tex), however, said, “I support this resolution as a means to obtain critical information from the Executive branch that will help Congress ensure that our support to Ukraine is being spent effectively, and as intended by Congress.”

McCaul, who is expected to head the House Foreign Affairs Committee in the upcoming 118th Congress, ensured that “the era of writing blank checks is over,” under the incoming Republican-led House. 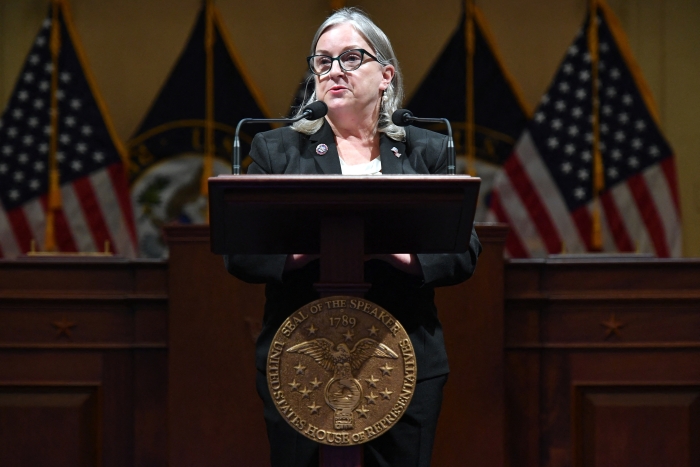 “I want to begin on a personal note,” she said. “As a Jewish American at a time when powerful public figures, including several celebrities with global platforms are putting Jewish communities across our country at risk of violent attacks by engaging in vicious anti-Semitism and holocaust denial […] it is beyond shameful to see support for a measure like this one introduced by representative Greene.”

Greene is a conservative Christian.

Wild went on to argue that the committee should not consider the resolution because of its association with Greene:

“I am not going to attempt to recite even a fraction of the patently false, bigoted, and hateful statements and actions that have characterized Representative Greene’s time as a member of this body. I will just say that her anti-semitic conspiracy theories and trivializations of Nazism stand out as particularly reprehensible reflections of her ideology and approach to holding public office. I cannot in good conscience remain silent about any of this. I find the idea of Rep. Greene -- the legitimacy that comes with elevating one of her pieces of legislation to be profoundly offensive.”

Rep. Wild went on to address her substantive qualms with the ROI, describing it as “a political stunt designed to tie up and slow down our critical efforts to help Ukrainian forces.”

“As the representative of Pennsylvania’s Seventh District which includes one of the country’s largest Ukrainian American communities, I will never back down from providing the necessary support for Ukrainian forces to beat back this war of aggression,” Wild declared.

Rep. Tim Burchett (R-Tenn.) called out Wild’s personal attacks on Greene, describing them as “not becoming of this committee.”

“The reality is all this is a vote about accountability,” Burchett added. “What are we afraid of finding out?”

Rep. Gerald Connolly (D-Va.) argued that the proposed ROI risks a “serious erosion in confidence on the battlefield in Ukraine.”

Connolly stated that “the only signal we should be sending” Ukrainians “is our unwavering support.”

“There’ll be plenty of time to look at accountability and transparency, we should,” he said. “But right now we’re in the middle of a war. I’m all for transparency and accountability, but not in this resolution, not now, not with this message.”

After debating the resolution for about an hour, the committee voted it down with a final vote of 26 to 22.

The final vote being as close as it was indicated greater support for oversight from establishment Republicans than expected, as every GOP member of the committee voted in favor of the ROI.

In reaction to the committee’s rejection of her ROI, Greene said in a tweet that once Republicans regain their majority in January, “this audit will happen!”

It’s official the Democrats have voted NO to transparency for the American people for an Audit for Ukraine.

But we take over in January!

This audit will happen! https://t.co/5GYy3gzgbT

In response to the Resolution’s failure in committee, Representatives McCaul and Jim Risch (R-Idaho) sent a letter on Dec. 8 to the Government Accountability Office requesting “detailed information” be provided to Congress regarding” U.S. assistance provided in response to Russia’s unprovoked war of aggression administered by the State Department and USAID.”