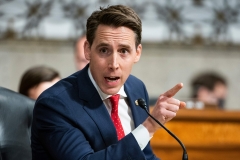 He added, “you can see what unhinged people are willing to do.”

At the Capitol on June 9, CNS News asked Senator Hawley, “Majority Leader Schumer publicly declared in 2020 that Justices Gorsuch and Kavanaugh had ‘released the whirlwind’ and ‘won’t know what hit them’ if they joined an opinion limiting abortion. Was that appropriate rhetoric for a Senate leader?”

Hawley responded, “No. No. It wasn’t appropriate then and, after this, thankfully failed, assassination attempt [on Kavanaugh], I hope he regrets it. I haven’t heard any statement of regret.”

He further denounced his colleague’s choice of words. “No, it’s dangerous rhetoric,” said Hawley.  “I mean, it’s violent rhetoric, and you can see what unhinged people are willing to do.”

“So, I hope somebody doesn’t die in this process,” added Hawley, “but I’d say that every day that the Democrats delay in putting security measures in place and in scaling back their rhetoric I think is dangerous.” 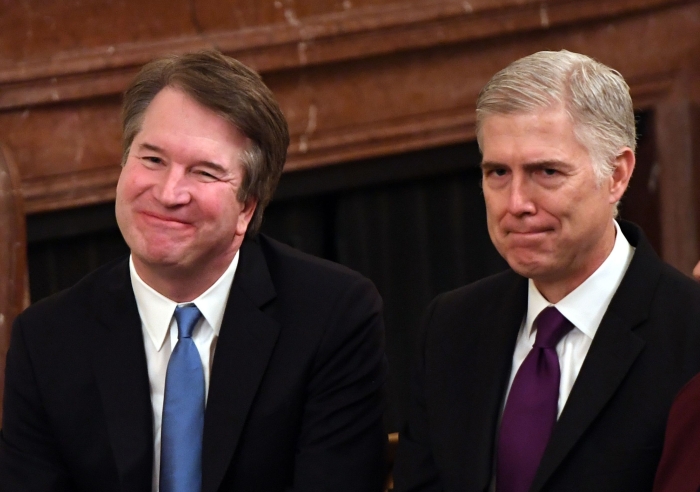 In March 2020, then-Senate Minority Leader Chuck Schumer (D-N.Y.) addressed a crowd outside of the Supreme Court during a pro-abortion rally. Schumer warned Trump-appointed justices about potential consequences, if they were to vote to limit abortion, exclaiming, “I want to tell you, Gorsuch, I want to tell you, Kavanaugh, you have released the whirlwind and you will pay the price. You won’t know what hit you if you go forward with these awful decisions.”

Schumer’s comments at the time drew a rebuke from Chief Justice John Roberts, who wrote, “Justices know that criticism comes with the territory, but threatening statements of this sort from the highest levels of government are not only inappropriate, they are dangerous.”

Last month, the Senate unanimously passed a bill to increase security measures for the families of Supreme Court justices after a court opinion, arguing for overturning Roe, was leaked to the left-wing news outlet Politico. 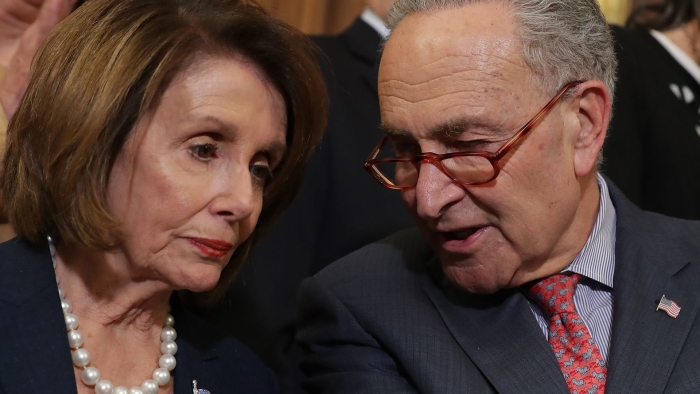 After Wednesday’s arrest, there has been increased urgency for the House to now pass the bill. However, House Speaker Nancy Pelosi (D-Calif.) dismissed concerns over the House’s failure to pass the bill, proclaiming “the justices are protected,” and assuring “nobody is in danger over the weekend because of our not having a bill.”