(CNS News) -- While questioning Department of Homeland Security Secretary Alejandro Mayorkas about the new "Disinformation Governance Board," which reportedly will monitor political speech that threatens national security, Senator Rand Paul (R-Ky.) said that CNN and other media ran disinformation about the Trump-Russia dossier for years without restrictions.

He added that the biggest purveyor of "disinformation in the history of the world" is the "U.S. government," citing such disinformation as the weapons of mass destruction (WMDs) in Iraq.

"If you can't agree to that," he said, "how are we ever going to come to an agreement on what is disinformation so you can police it on social media?"

Shortly thereafter, Paul said of Mayorkas, "I think he's got no idea what disinformation is and I don't think the government's capable of it. Do you know who the greatest propagator of disinformation in the history of the world is? The U.S. government."

"I mean, think of all the debates and disputes we've had over the last 50 years in our country," said Paul. "We worked them out by debating them. We don't work them out by the government being the arbiter. I don't want you governing guardrails." 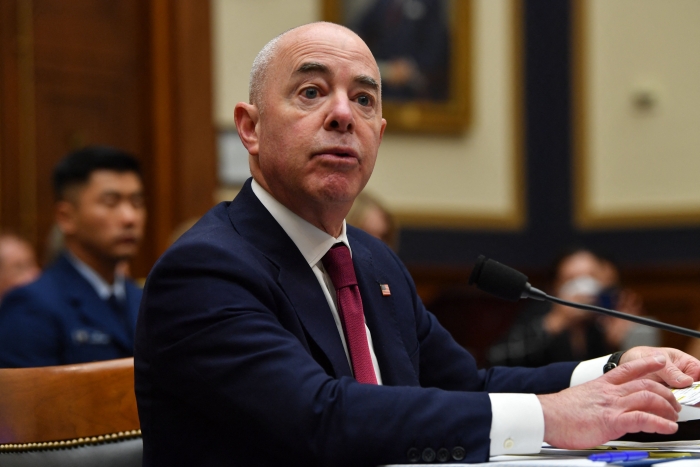 "I want you to have nothing to do with speech," Paul told Mayorkas.

He continued, "You think we can't determine speech by traffickers is disinformation? You think the American people are so stupid, they need you to tell them what the truth is? You can't even admit what the truth is with the Steele dossier."

"I don't trust government to figure out what the truth is," said Paul. "Government is largely disseminating disinformation."