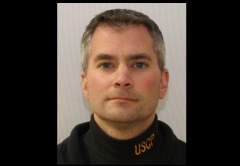 (CNS News) -- Contrary to the Jan. 8 U.S. Justice Department claim that Capitol Police Officer Brian D. Sicknick died because of "the injuries he suffered defending the U.S. Capitol, against the violent mob who stormed it on January 6th," the D.C. chief medical examiner, Dr. Francisco Diaz, announced today that Sicknick's cause of death was "natural."

The statement reads, "On Wednesday, January 6, 2021, an unprecedented incident of civil insurrection at the United States Capitol resulted in the deaths of five individuals.

In layman's terms, Officer Sicknick died from strokes on Jan. 7.

The four other people who died at the Capitol on Jan. 6, 2021, were Kevin D. Greenson, a 55-year-old from Alabama, who “had a history of high blood pressure and suffered a heart attack,” according to family members cited by the Associated Press. The Office of the Chief Medical Examiner confirms that his manner of death was "natural," and the cause of death “hypertensive atherosclerotic cardiovascular disease.”

Benjamin Phillips, 50, also died a natural death by hypertensive atherosclerotic cardiovascular disease, according to the report by the Office of the Chief Medical Examiner.

Roseanne Boyland, 34, died of acute amphetamine intoxication, and her manner of death was classified as an "accident."

Air Force veteran Ashli Babbitt, 35, who was killed by a single gunshot wound fired by a Capitol Hill police officer on Jan. 6, 2021, in the U.S. Capitol. (Screenshot)

Ashli Babbitt, 35, was the only person who died by homicide, succumbing to a gunshot wound to the left anterior shoulder. A Capitol police officer shot Babbitt. The officer's identity has not be disclosed to the public.

On April 14, the DOJ announced that it  "will not pursue criminal charges against the U.S. Capitol Police officer involved in the fatal shooting of 35-year-old Ashli Babbitt." It further said "the investigation revealed no evidence to establish that, at the time the officer fired a single shot at Ms. Babbitt, the officer did not reasonably believe that it was necessary to do so in self-defense."

Back on Jan. 7, 2021, one day after Sicknick died, the Acting Attorney General Jeffrey A. Rosen told the public in a statement,  “Our thoughts and prayers are with the family and fellow officers of U.S. Capitol Police Officer Brian D. Sicknick, who succumbed last night to the injuries he suffered defending the U.S. Capitol, against the violent mob who stormed it on January 6th.  The FBI and Metropolitan Police Department will jointly investigate the case and the Department of Justice will spare no resources in investigating and holding accountable those responsible.”