(CNS News.com) -- During day three of Supreme Court nominee Ketanji Brown Jackson's hearings before the Senate Judiciary Committee, Sen. Lindsey Graham (R-S.C.) challenged her lenient sentencing of child porn-possession criminals, stressing that it is a stronger deterrent to send such people to jail, "not supervise their computer usage."

In the exchange, Judge Jackson said that "one of the most effective deterrents" she had found for offenders who use the computer to view child pornography is "substantial, substantial supervision."

Graham responded, "You think it is a bigger deterrent to take somebody who is on a computer, looking at sexual images of children in the most disgusting way, is to supervise their computer habit versus putting them in jail?”

When Judge Jackson replied, "I didn't say versus," Sen. Graham fired back, "That's exactly you what said. I think the best way to deter people from getting on a computer and viewing thousands and hundreds and, over time, maybe millions of children being exploited and abused every time somebody clicks on is to put their ass in jail, not supervise their computer usage.”

Below is a transcript of the exchange.

Sen. Graham:  “Child pornography. I have no doubt that you find child pornography disgusting as the rest of America. You're a mother. You seem to be a very nice person. Are you aware of how many images are out there on the Internet involving children and sexually compromising situations?”

Judge Jackson: “Senator, I'm not aware of the numbers, but I've seen the images in my role.”

Sen. Graham: “Let me tell you the numbers. In 2021, the National Center for Missing and Exploited Children cyber-tip line received 29.3 million reports of a parent-child sexual exploitation containing 85 million images, videos and other files. That's in 2021.  It's up. In 2019 it was less. So there's an epidemic of this on the Internet. That if you go out on the internet, there are millions of pictures of kids being abused. When it comes to sentencing child pornography possession cases, do you routinely discount the fact that a computer was used?”

Judge Jackson: “Thank you, senator, for allowing me to address this concern. The guidelines related to child pornography were drafted at a time in which a computer was not used for the majority, if not almost all, of these kinds of horrible crimes. The guidelines have enhancements in them –“

Sen. Graham: “In two areas that you said you disagree. What are those two areas?”


Judge Jackson: “At the time that the guidelines were drafted, it was an aggravating factor, a substantial aggravating factor to use a computer in order to distribute and disseminate the images because the ordinary crime was not committed by a computer. So the –“

Sen. Graham: “Would you now agree with me that computers are sort of the venue of choice for child pornography people?”

Sen. Graham: “Okay. So, here's my point. If you believe, as I do, the computer has created a bigger demand, there are more photos out there because of the internet, more websites exposing this garbage, wouldn’t you want to deter people from going down that road?”

Judge Jackson: “Senator, this crime is among the most difficult –“

Sen. Graham: “No, answer my question. Wouldn't you want to deter people from going down the road of using the computer that allows these people to have access to millions of photos because of the technology? I want those people deterred. If you're listening to my voice today and you're on a computer looking at child pornography, and you get caught, I hope your sentence is enhanced because the computer and the internet is feeding the beast here. That all these images out there are going to be more over time because people use computers. Now, did you also say that the number of images should not be considered as a sentence enhancement?”

Judge Jackson: “With respect to the computer, one of the most effective deterrents is one that I imposed in every case and that judges across the country impose in every case, which is substantial, substantial supervision.”

Sen. Graham: “Wait. You think it is a bigger deterrent to take somebody who is on a computer, looking at sexual images of children in the most disgusting way, is to supervise their computer habit versus putting them in jail?”

Judge Jackson: “I didn't say versus.”

Sen. Graham: “That's exactly you what said. I think the best way to deter people from getting on a computer and viewing thousands and hundreds and over time maybe millions of children being exploited and abused every time somebody clicks on is to put their ass in jail, not supervise their computer usage.”

Judge Jackson: “Senator, I wasn't talking about versus.”

Sen. Graham: “You just said you thought it was a deterrent to supervise them. I don't think it's a deterrent. I think the deterrent is putting in jail.” 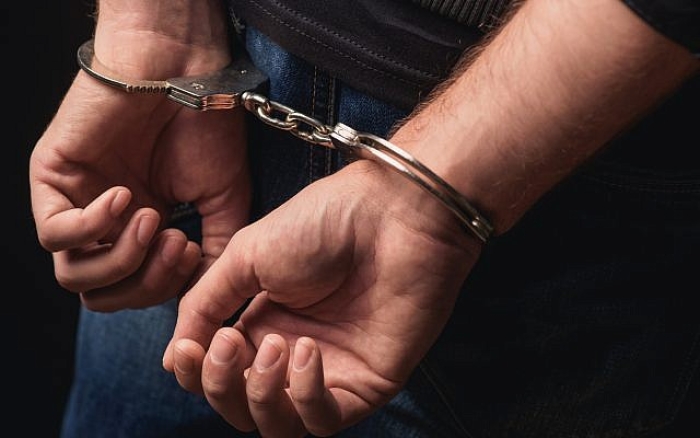 Senator Durbin: “Would you let her respond?”

Sen. Graham: “Yes. Does sentencing have a deterrent component?”

Judge Jackson: “Yes, senator, deterrence is one of the purposes of punishment, and Congress has directed courts to consider various means of achieving deterrence. One of them, as you said, is incarceration. Another, as I tried to mention, was substantial periods of supervision once the person –“

Sen. Graham: “If I could ask you, in your view, it's more of a deterrent to have somebody substantially supervised in terms of their computer use who is looking at child pornography than it is to put them in jail?”

Judge Jackson: “Senator, I'm not saying it's more or less.”

Judge Jackson: “What I'd like to point out is that if we are going to -- let me say it this way. Congress has authorized courts to use a number of different means to achieve the purposes of punishment.”

Sen. Graham: “And one of them is an enhanced punishment by using a computer.”


Judge Jackson: “The enhancements with respect to using a computer relates to the penalty in terms of incarceration –“

Sen. Graham: “You chose not to apply that in these cases. You've said that. I'll read you the quote. You decided not to apply the use of computers and enhancement. You've also said you're not going to hold the number of images that the person has looked at as a sentencing enhancement factor. Is that true?”

Sen. Graham: “We don't know if they looked at them but you're not going to hold it against them that they received 10,000 images versus 100?”

Sen. Graham: “Here's what you said. I've decided to apply my general policy disagreement with respect to those enhancements. At least, that is, to computers  and the number of images. Folks, what she's saying is the reason she's always below the recommendation, I think, is because she doesn't use the enhancements available to her. She takes them off the table. And I think that's a big mistake, judge.

“I think that every federal judge out there should make it harder for somebody to go on a computer and view this filth. That if you use that venue, which is the venue of choice for all these child pornography cases, that you use it against them. I think the more you download, like drugs, the more you have, the more you should go to jail. You made a conscious decision to disregard those two enhancement entencing factors. And I think that is a wrong way to go in terms of deterring. To me, putting somebody in jail for using a computer is more of a deterrent than supervising their activity of watching the computer. That's just a difference that we have.”